Bands: How to Avoid the 8 Most Common Email Newsletter Mistakes 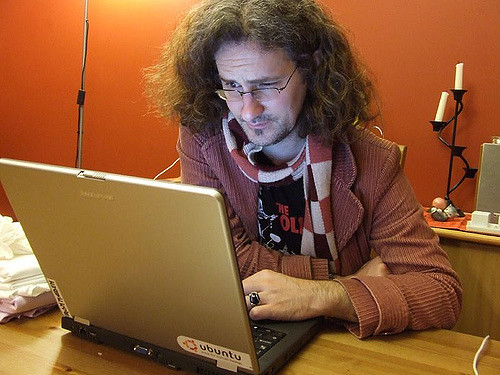 Photo by Gareth Saunders via flickr.com; used under Creative Commons

Your email newsletter (I’m assuming you do have one by now, and if you don’t, that’s the next thing you need to do after reading this) is an important and valuable tool that will help you keep in touch with fans and generate revenue. It’s a type of marketing that you must treat carefully, as every message you send will either help you gain new subscribers or lose them.

You may have been doing this for some time now, but there are always tips and tricks that can benefit everybody, and you might not realize the mistakes you’re making. Here's how to avoid eight common email newsletter traps that bands fall into.

1. Pick one or two items to talk about

Nobody wants to read a really long newsletter, so even if you have a ton going on, don’t throw it all into one message. Ideally, your emails should only really discuss one or two items, and they should be fairly fleshed out. Don’t just mention that you have a new single; talk about it a bit, but don’t give everything away at once, or otherwise what are you going to talk about in interviews?

A paragraph or so about both of your pieces of news (or a few paragraphs if you’re just talking about one thing) is a great length, and you’ll be more likely to keep people reading all the way through.

2. Break up your text

I’ll repeat myself: Nobody wants to read a really long newsletter. Keep this in mind as you’re writing your email, and look at it objectively once you’re done. If you opened up this email and saw how long it is, would you read it or would you move on?

I personally like to get a sense of the length of an article or email before I decide if now is the best time to actually read the thing… or if I’m going to bother at all – and I know I am not the only person who does that. Even if it’s well written and full of pertinent, important info, don’t let your message get too long, or nobody will read it.

There are several newsletters that I have signed up for that only come a few times a year, and I have to admit that when I open my email and see them, I’m always surprised. If people are interested enough to give you their address, it’s likely that they, you know, actually want to hear from you. If you’re only speaking to your fans sparingly through email, think about stepping up your game.

Having said that, also be sure that you don’t send too many emails, because people catch onto that really quickly. If you flood people with what turns into spam, even your truest and most devoted fans will be looking for the unsubscribe button.

Depending on what you have happening at the time, try to send a newsletter at least monthly. Some people can do a bit more; brands and stores often send things more than once a week, but that feels like too much intrusion from a musician, doesn’t it? A monthly letter is a great way to update people but not bombard them.

When you’re putting together your email, you’re bound to include some links, both to your social channels and website, but likely also ones that will take people to iTunes to buy your album or to YouTube to watch a new music video. Don’t just tell them where to go or write a link out – actually give them something to click! Make it easy for your fans and you’ll see your views go up, and hopefully a very healthy clickthrough rate. Also, a clickable email is a sign that the person sending the missive knows what he or she is doing.

A newsletter is a great way to keep people updated on what’s going on, but it shouldn’t just be a reflection on things that have happened or an announcement. Every email should serve another purpose: to actually get something done.

Each message you send out should have a goal, and that can change whenever you want. Are you trying to get people to go to YouTube to watch a video? Make sure the image you include takes them straight there. Want them to come see your show? Tell them where they can get tickets and include a link. It’s not enough to remind everyone of tour stops or a single release; you need to actually instruct them on what it is you want them to do.

Sounds obvious, but hear me out. When you’re scrolling through all the newsletters, promotions, and spam that you get, there are ones that say they’re coming from "Target’s Daily Deals" or "Miley Cyrus’ Fanclub" (I don’t actually know if that’s a thing), and then there are those that appear to be sent from "Dan" or "Mark." These are great when you know Dan and Mark, but if not, it feels strange. Use your band name as the sender, and those who want to read, will. Being sneaky and trying real "tricks" doesn’t come off great, either.

While I did say that every email should have a goal and that you should push your fans to do whatever it is you’re aiming for this month, don’t lay it on too thick. You want your email newsletter to be something that they enjoy receiving and reading, and if the entire thing feels like a sales pitch, they won’t open them any longer. Feel free to suggest buying tickets or a new song, but don’t stress it, and don’t tell them over and over to do the same thing. If people want to buy, they’ll buy.