The Dos and Don'ts of Music Industry Networking 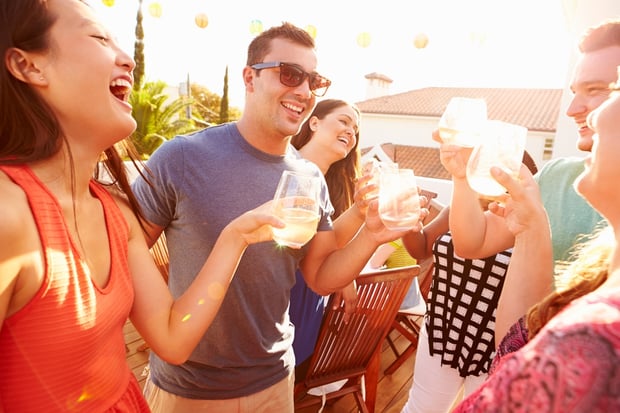 Networking is an incredibly important part of any job, and it’s also just a fancy term for meeting people. The idea of networking scares a lot of people, but it shouldn’t, especially if being social comes naturally anyway.

There aren’t any set “rules” when it comes to networking in the music industry – you should try new things and see what works for you. However, I do have some suggestions that may help you meet more people, network more effectively, and have an all around better time doing this.

I know this sounds like a ridiculous first tidbit for an article about being a better networker, but it's something I suggest to people most often. Nothing turns people off more like being networked with. We’ve all felt it, and it’s always terrible. Whether it’s in the body language or in what someone says, you can immediately tell that a person is only speaking to you to get something out of the interaction, and that's, in a word, gross.

There's nothing wrong with meeting people with a purpose, but try being the kind of person they’d like to know more than someone they can use and who wants to use them. Focus on forming a real bond with the person in question, and then you can work on developing some kind of a business relationship afterwards. “Networking” can be a really ugly word, whereas "meeting people" is great.

This tip applies to every moment of your life, but especially when you’re networking. People don’t always remember the person with the best pitch or who said they had an amazing demo to send over, but they'll keep in mind the charming, funny guy or girl they met at an event or show, and they’ll be open to speaking with that person again in the future.

People will be able to tell when you’re faking being nice or feigning interest, and that never goes well. Think about all the fake people you’ve met in your life (use that word however you like), and then think about them trying to pitch you on some music they wrote or a new business proposition. If you think you’d seriously hear them out, you’re lying to yourself.

Just be genuine and nice, and it can go anywhere from there.

3. Do speak to anyone

I've noticed at many conferences I’ve been to that there's a mad rush to grab even just a moment with the few people speaking on panels or running events, but that means that there's so much more networking that could be happening!

It’s great to meet the right person, even if it means waiting around a little bit, but don’t waste all of your time trying to be noticed by a few high-ranking executives or well-known writers when you could be spreading your music or your ideas to so many other people who are probably a lot more willing to hear it in the first place.

Be open to meeting anyone at any stage in their careers, whatever that may be. Chances are, you’re starting out as well, so don’t turn your nose up at anyone. Plus, you never know who's standing next to you at a show or in a crowd, so try and say hi.

4. Don't take up too much time

It’s important to make a positive impression, but it’s also a good idea to let whoever you just met get back to his or her night. Whether it’s a concert, a party, or even a networking event, you don’t want to settle in with just one person and spend all of your time chatting, no matter how well it’s going (unless it’s someone you brought, of course).

Some of my best experiences meeting people have been somewhat brief, but incredibly enjoyable. Sometimes, just a few minutes spent with someone is better than several hours, at least at first.

5. Don't beat yourself up if you don't get a business card

There have been so many times where I've met someone, and within seconds, he or she has asked for my card... before we’ve even started talking about what we do. That's not someone who's a good networker or someone who's seriously interested in creating great bonds with people – that's a collector. These kinds of people won’t feel good about the night or their effort until they have as many names, numbers, and email addresses as possible.

It’s good to connect with people after an event, and that’s typically facilitated by getting their info, be it direct or social, but it’s not the end of the world if you don’t get around to jotting down their email. If you know even a little bit about their name and what they do, you should be able to find something online with a simple search on Twitter or Google that will help you get in touch. If not, try reaching out to your network to see if anyone knows this person, and if that doesn’t work, write it off and hope you run into them again. The music industry is small, and there’s a good chance you will.

6. Do think about their needs

People tend to remember those who asked for things immediately in a negative light, whereas those who go out of their way to be helpful are usually thought of in the complete opposite way.

As you’re chatting with someone you just met about what he or she does, see if you can help in some way. Perhaps another musician is talking about how he or she can’t find a good studio, or someone needs help finding a venue in a certain city you’ve played. You don’t need to kill yourself assisting that person on the way up, but even a small gesture of kindness will likely be remembered fondly.

At the same time, don’t offer too much too quickly. As a writer, I've met quite a number of people who go out of their way to offer up their services as a source or as someone who can connect me to a powerful band or figure in the industry. That’s nice, but it’s a bit weird, as I didn’t even ask. As a musician, wouldn’t it be slightly strange to meet another artist, and without even hearing what she plays or finding out what kind of person she is, offering to play backup or produce, mix, or engineer her next project?