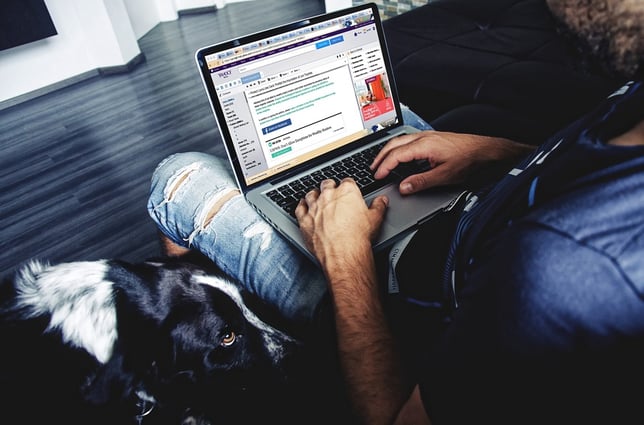 It's never been easier to digitally communicate with people who work in the music industry. From artists and their managers to bloggers and their websites, one online conversation can transform into a vital relationship that carries its weight in gold both on- and offline.

But consistently turning these online interactions into relationships that extend beyond your screen can be challenging. Everyone is fighting for attention while not trying to come across as desperate, which makes it important to always have well-thought-out communication strategies in place. Here are four ways to turn online conversations into long-lasting, offline relationships that are mutually beneficial.

1. Talk about more than your own music

The most valuable relationships are usually built upon a genuine foundation in which two people become connected based on the respect of each other’s work. So don’t force your music on someone right off the bat or have it be the centerpiece of every conversation. Once you meet an online connection in person, rest assured you’ll be talking about more than a song you released six months ago.

The only way to turn an online conversation into an offline connection is by meeting the person face-to-face! While this may seem strikingly obvious, too many artists still make the mistake of not inviting their digital contacts to shows or other live events. If you show no hesitation in talking with someone on social media, but then get cold feet and turn silent once it’s time for an official introduction after your performance or at a networking event, the chances of the relationship growing quickly dwindle.

Be yourself at all times and show the courtesy of inviting like-minded people to cool things you’re involved in. Even if they don't respond or show up, they're likely to appreciate that you thought of them, and that will make your name more memorable.

Collaboration can be extremely beneficial when done the right way. When you’re conversing with someone online, brainstorm different ideas of how you could potentially work together in a mutually beneficial way.

[5 Unconventional Collaboration Ideas for Bands (That Don't Involve Other Musicians)]

Think about these kinds of prospects when deciding who to dedicate time to via different social media channels. Most importantly, don’t press a collaboration idea that isn’t realistic or results in little interest from the other party. Collaborations won’t always work out the way you envisioned, but when they do, it immensely strengthens any kind of relationship.

The key to turning an online relationship to an offline relationship with longevity boils down to one phrase: offer more, ask for less. If you find yourself asking for favors at a higher rate than you offer your own assistance, there's work to be done in order to flip that situation around.

The world of indie music can be smaller than you think, and if you're consistently releasing quality material while also providing your services to others, people will notice. Mutual respect on the internet can lead to mutually beneficial offline relationships that pass the test of time, so never forget to give more than you take.