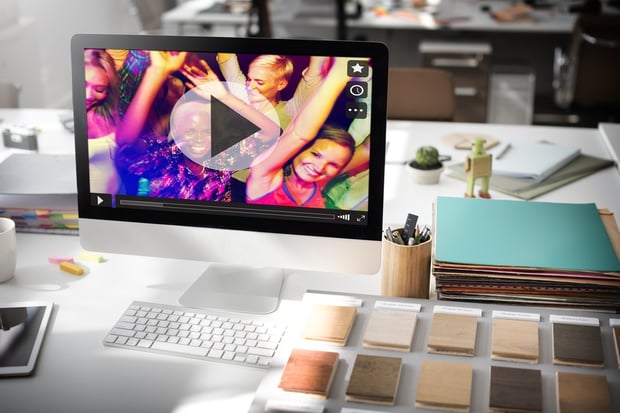 Making music videos can be time consuming and expensive, so if you’re going to do it right, make sure you really do it right. That means ensuring that what you end up with looks professional, is edited properly, and most importantly, that you promote the new work to the best of your abilities.

The easiest and best avenue for promotion that you have at your disposal is your social media presence, which includes Instagram, Twitter, Facebook, and any other platforms where you engage with your fans. Instead of simply sharing a link to your YouTube when a new music video is done, you should be proactive and create an entire plan around the promo for this video.

What does that look like? Well, different people will certainly have different ideas, but from someone who's handled social media for brands and musicians before, here's a fun roadmap that I’d say you might want to think about following, if only loosely. Feel free to play with this and make it your own, but if you want to make sure your video gets the attention it deserves, keep some of these ideas in mind.

This should be your first hint that a new video is coming, and it'll be the one that usually excites the most people. It’s a lot of fun to not even mention that something is on the way, and then share a picture and let people guess what’s coming. You can include the name of the song if you like, or even the day when people can actually watch (or keep that separate, as I mention down below), but it’s the photo that will get all the attention.

2. A screenshot from the finished product

Okay, you don’t actually need to have everything entirely finished to share this, but the idea is that you’re not simply sharing another photo from the set, but rather an image that makes it clear that this is, in fact, a music video... and a damn good one, too. Depending on how you phrase the first post, people might not know what’s coming, and this will tell them (or show them, actually).

Just because you're showing people that a music video's in the works, that doesn’t really give them any idea of when it’ll be available to watch, though they can probably guess that it won’t be long. There are a million ways to tell people when the video will arrive, but one that I've always found visually compelling is a photo that's simply the date, and perhaps the name of the song. Plenty of artists have done this, and I've never seen it backfire or receive more than pure joy from fans. It’s easy for you, and fun for them. It’s just the right amount of mysterious, without being confusing at all.

Once you’ve shown everyone what the clip will look like, they’re bound to be curious to see the entire thing... but don’t give it all away so quickly. Editing the length of videos is incredibly easy, and you might not even need another program to make it happen. If you start by sharing your teaser on Instagram, for example, you can clip your video in no time, allowing your fans to catch just a small snippet of what’s to come.

I've seen some artists do this, only they make the snippet a minute or so long. While that will surely make expectant fans happy, that’s not really a tiny taste of the visual, so much as nearly half of it. It’s the difference between letting someone have a bit of your cheeseburger, or 50 percent of it. Make your teaser a true teaser.

After teasing and alluding and sharing snapshots, eventually the music video has to come out in full force! Make this a big event, sharing and resharing and encouraging your fans to do the same. If you've followed the plan I’ve put forward up until this point, and it hasn't been too long since the campaign began (don’t begin hinting a month out, because most fans just aren’t that patient usually), people will be excited and anxious for the final product. It better be good!

Just because the video is actually out, that doesn’t mean you’re done promoting it! Feel free to share and reshare the visual liberally for weeks afterwards. Post the clip on your social channels the day it drops, the day afterwards, a few days later, the week after, and so on. If you’re not too obnoxious about it, and you convey your genuine excitement, people will understand and allow you to fill their newsfeeds with your latest work.

Again, just because people have seen it or because the track isn’t brand new any longer, that doesn’t mean it isn’t worth sharing! Everybody loves a good throwback, so keep this music video that you worked so hard on in mind for the long term.

There are plenty of ways to reshare the same content without it seeming cheesy. Perhaps on the six-month anniversary, or if the video is about to turn one year old? Maybe the video was part of an album that just came out? Even if you just need something to share, videos are usually greeted with open arms (and clicks) – just don’t repost too often and wear out its welcome.

Next up: You Just Shot Your First Music Video – Now What?