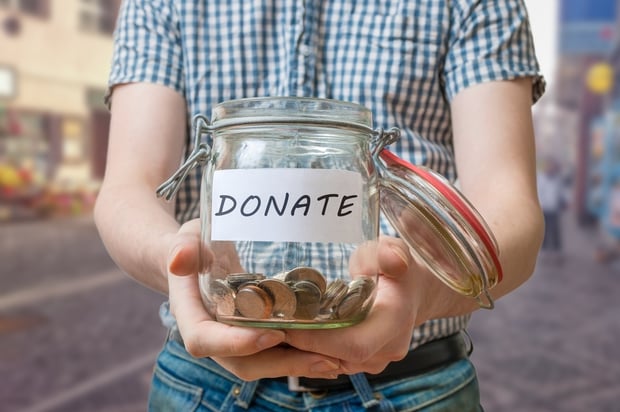 This... this is a mistake. (Image via Shutterstock)

Some say that crowdfunding is the way of the future, while others see it as nothing more than a trend. It’s not clear which one of these is true (if it’s not both of them), but what can be seen is that if you need some cash for a tour, a new album, or anything else related to your career, you might want to look into starting up a campaign, as it can be a useful way to get together the few bucks you’re missing.

If you’re going to jump into the world of crowdfunding, you need to spend some time (and perhaps some cash, as counterintuitive as that may sound) to do it right. If you don’t expend the effort and you flub this, people will remember, and you won’t get the funds you're looking for.

Throughout your upcoming crowdfunding campaign, there are certain places where many artists seem to make some mistakes that cost them dearly. Read on to learn from their missteps!

1. Offer more to your big donors

Anybody who's ever attempted a crowdfunding campaign knows that it’s really difficult to get people interested or to click a link, let alone to actually hand over some of their hard-earned cash. You might get a number of fans willing to give you something, but you’re really looking for some big donors with deep pockets, right? Well, so is everyone else, so if you want to convince someone to really open their wallets, you have to incentivize them!

Don’t offer someone a free concert ticket for $250, because if they really liked you that much, they’d have already purchased a pass for a fraction of that. Make the prizes they receive for donating commensurate with the price tag, and make sure they’re special. Again, they can get a concert ticket anywhere, but they might only be able to get you to record their outgoing voicemail if they spend, spend, spend.

Also, people can usually tell when someone is trying to take advantage of them. If you’re asking for a lot of money, but they’re getting a lot in return, those looking will subtly understand that you know what you’re doing. Attaching ridiculous price tags to everyday items makes it seem like you’re taking advantage of them, and it comes off as desperate.

This is more of an issue than you’d think, especially because it seems so fundamental to kicking off a campaign, and yet so many people mess this up! The problem here more often than not is that by the time you launch a crowdfunding campaign, you’ve been thinking about it for a long time, and you’re in your own head, as opposed to being in the minds of others. Not many people rush into these without thinking them through, but that does happen as well, and they simply haven’t fleshed everything out.

Once you’ve written your description, step back and read it again. Then again. Then a third time. The wording of this statement is incredibly important, and you only get one chance to make a first impression. Is it clear to someone who doesn't know you or what you do what you’re looking to accomplish? Would anyone who glances at this be able to actually decide whether or not to pledge money?

It also really helps to have others read your description before you post, so feel free to send it to a number of different people, and listen to their feedback closely.

3. Respond no matter what

Again, why would you not do this? During your campaign, you must respond to every question that anybody has, no matter how stupid or inconsequential it may feel. Make yourself available for questions – make sure to share your email address, as well as your social channels – and get back to whoever reaches out in a timely manner.

Some of these inquiries won’t be related, and you can feel free to be brief (but friendly), but don’t be the person that simply doesn't respond, especially when you’re asking people for money. You never know who is on the other end of the message, or who they’re talking to.

We've all seen those crowdfunding efforts that rake in millions from what seems like everybody under the sun, but those are rare, and you shouldn’t compare your project to theirs. It’s unrealistic, and shooting for the moon all the time could actually end up hurting you in the end. You’re much better off focusing your efforts on people who might actually have a more vested and serious interest in your music than the general public.

Think about it: would you rather pitch yourself to 1,000 people who have given you money before and been happy with it, or try to reach 100,000, and only a handful of them will ever even hear a snippet of your work? Those few people might end up being much more valuable, and, in fact, that is often the case.

This isn't to say you only need to reach out to identified fans, but you should be smart about who you communicate to. If you’re a folk artist, feel free to try to market to fans of artists like you, or those who have shown a love for the folk music scene and the underground world. Maybe this isn’t the best time to try and convince some hardcore rock 'n' rollers to come over to your side.