How to Produce Music Videos for Cheap 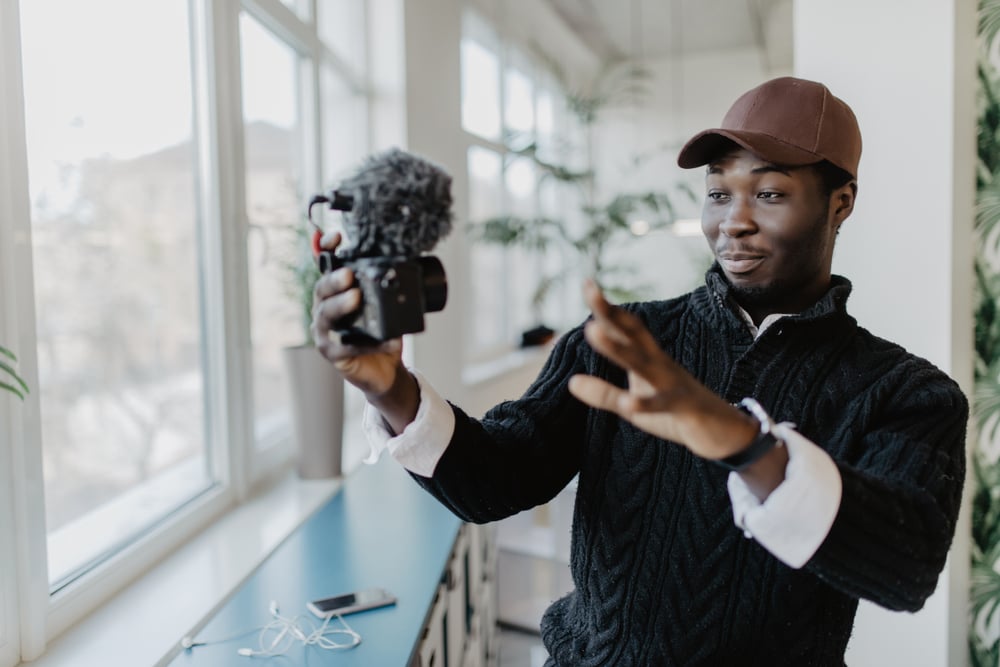 When you think of creating a brand new music video, you probably feel a flash of panic, and see dollar signs floating by. A high end, professional quality can cost a lot of money — thousands of dollars at least. And while I believe that quality and experience is worth paying for, if you’re a brand new band just getting your footing, you might want to hold off, and invest that money elsewhere.

But, that doesn’t mean you don’t need a music video. On the contrary, a strong music video can drastically pivot your career and give you new content to share with fans, a unique and bold way to share your brand and story, the opportunity for collaborations, and so much more.

And, if you’re thinking ‘but you just said how unaffordable they are for emerging artists!” then you’re in luck my friend because that’s exactly what we’re going to talk about today — how to produce your next music video on just about any budget.

What will your video be about?

In an ideal world, what would your music video look like? What’s the narrative? Is there a narrative or is it just your band playing in different locations? If so, how do you make that interesting? (because let me tell you, watching the band stand and play in one spot is not going to be interesting…)

The first step to creating a video is to know where you’re going with it. Personally, I’m a big fan of videos with a story attached to them — I think it’s so much more interesting than just watching the band perform on video, and it gives you the opportunity to share the song’s message in a totally different way.

It also doesn’t have to be expensive—hiring local actors or even friends to play the part can be less time-intensive for you as a band and also way more interesting to the viewer.

[How to Make Quality Music Videos for Free in 6 Steps]

Once you know the narrative of your video, it’s time to find a location! Get creative on this one — depending on what your video is about you might be scouting mainly indoor, outdoor, or a combination of locations. You can use your house, a friend’s house, rent out an Airbnb, go to the park, an alleyway — don’t be afraid of going off the beaten path here.

If you can, go to the spots at different times of day and weather conditions (i.e., full sun, cloudy) to see how it looks. Normally this is probably something your video team would do, but if you're keeping it low cost, you might have to do the legwork on this one

Decide on a budget

You have to know what your absolute max is to spend, but be realistic. It’s going to be tough to pull anything off for less than $500, so put at least that much aside. And hey, at least you can write it off come tax time!

Once you’ve put aside a few hundred dollars (or whatever your budget is) it’s time to find the team! We’re keeping this grassroots here, so I expect the biggest expense will be the person filming. If you can, find a film major at the local college who might want to help out. See if there’s anything else you can offer them if money is tight.

For instance, maybe they also play in a band and you can offer to use your great graphic design skills to create a flyer for their next show, or maybe you’ve secured some great press and you offer to help them out on their next release.

Maybe you pay them a few hundred dollars and then invite them and the rest of the crew to a house show as a thank you.

The power of working with other emerging artists and entrepreneurs is not only is it cheaper, but you’re building a community of people that can grow together, and that will pay off more than you can possibly imagine.

Embrace the DIY-ness of it all

One of the best things about being a DIY artist is that if you let it, it really can be an absolute blast. Sure it would be great to have endless income to throw at a music video, but by getting really grassroots about the whole thing, you have the opportunity to embrace and get to know the community, to call on your fans for real support, to have fun and make mistakes and do things your way—and then put that creation out into the world.

Embrace the DIY aspect of all of this, and love the process. There’s something about these early days of bootstrapping that are so special, and I promise, you’ll look back on it fondly one day. So for now, embrace it, have a blast, and create a video you’re proud of.

We're just getting started! Looking for tips and examples of increasing fan engagement through simple, effective social media strategies? Join me for my free Masterclass: ‘How to gain your next 1,000 fans. 3 simple steps that lead to higher engagement, sold-out shows, and life-changing opportunities.’