Musicians: How to Be Realistic With Your Crowdfunding Campaign So It's Successful 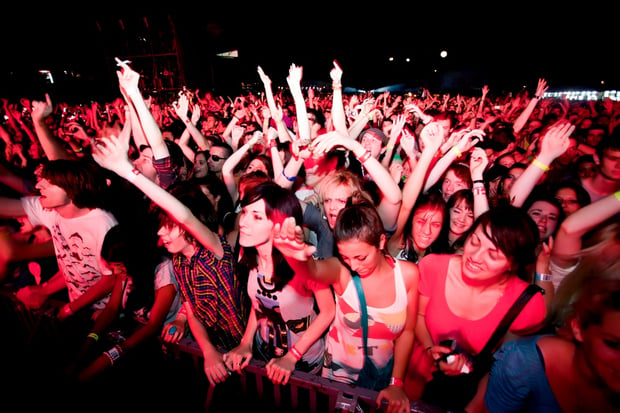 Photo by Nikola Spasenoski via Shutterstock

Crowdfunding can be a great way to make some extra money for your upcoming musical endeavor, and while we have all heard the fairy tales about those campaigns that collected millions, you should keep your wits about you and your head on straight as you venture into this relatively new territory.

As you write out your page and think through every step of the process, consider if you’re being realistic. Are you asking too much, or not giving yourself enough time? These are tough questions, but they must be asked, and they certainly need to be answered honestly. If you’re going to kid yourself in the beginning, you’re going to screw yourself in the end.

Timing is everything, including in your crowdfunding campaign. It can be difficult to choose how long your project should last, but many people don’t realize that, or why that’s the case.

If you make your campaign too short, you aren’t giving it proper time to take on a life of its own. You will surely be putting in a lot of effort to reach out to your friends, family, and fans, but beyond that, any marketing you’re going to invest in will take a while to pay off.

Whether you put some dollars into an ad budget, you pay a publicist to promote your new effort, or even if (and it’s a big if) the internet works its magic and your crowdfunding page goes viral for some reason, none of it will do you much good if it’s all over by the time people decide they are interested.

On the other hand, you also don’t want your campaign to be the one that never ends. If people donate or get involved with your project, there needs to be an end date in sight. If you accept someone’s cash and then nothing comes of it for months or even years, you’ll have at least a few very annoyed fans to deal with, and they certainly won’t support you again.

The idea behind crowdfunding isn’t necessarily to have strangers on the internet pay for every little thing, but rather to have those that would be happy to see you succeed fill in the financial gaps that you can’t on your own. Don’t set the bar too high, because if the goal is entirely too daunting, you’ll end up with very little when it’s all over.

At the same time, don’t ask for just a few dollars, only to realize that you need much more to do what you said you were going to. If your fans give up their hard-earned money, only to see another ask come in from you so soon without ever getting the tour, album, or video they were promised, they’ll be incredibly disappointed... to say the least.

If you’re raising funds to create an album, be realistic with when you can get it done. Don’t tell everyone involved that you’re going to cash their checks on Friday and send them an album on Monday if the thing isn’t 100 percent done already.

People likely won’t mind waiting for a little while (again: a little while), as long as you let them know that from the beginning. Managing expectations is key in almost any experience with someone giving you cash, so from the get-go, tell them when you expect the finished product will be available, and if anything changes, make sure to keep everybody informed.

Recording an album or making a simple music video is fairly easy (if also a bit expensive), but some people look to these fundraising sites to do something much grander, and something far more costly. Ambition is good, but only if it leads to something real.

Don’t tell your fans you’re going to play 100 concerts in the US, and then try to book the thing and realize that you’re only going to manage 20. Don’t say that a trilogy of albums is on the way when you only have the songs for an EP. Don't promise to film your next video in space (though maybe in the future…)! Basically, don’t reach too far, because if you collect the cash and then have to tell everyone that what you were looking to accomplish is actually impossible, no good will come of the entire situation.