The Ultimate Guide to Patreon for Musicians 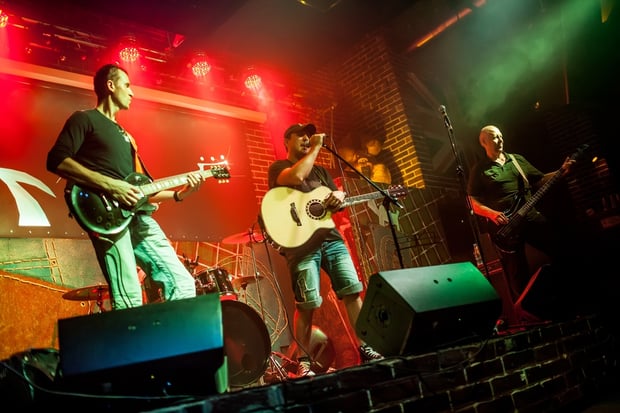 We’re familiar with the typical crowdfunding formula: a large sum of money is fundraised by many people for a one-time project, like an album release. Patreon allows fans an opportunity to support the ongoing creative career of a musician by pledging small amounts per month, or per creation, in exchange for fun rewards. Most game changing of all, artists are able build a steady, fan-funded income stream with monthly payouts.

The most basic explanation: it’s a subscription service to your favorite indie artists.

Patreon was actually designed by a musician dude by the name of Jack Conte. You may already know him from his indie electro-folk-pop duo Pomplamoose. Conte saw a major need for a network that not only allowed creative types to build real, sustainable relationships with their communities, but that also allowed them the security of a reliable income. He saw that many musicians (including himself) were finding popularity on YouTube, but that they weren’t able to harness that popularity and turn it into dependable income. Their videos were garnering millions of views, and they worked hard to nurture lasting relationships with their fanbase, only to receive a check for a couple hundred bucks from AdSense every now and then.

Not exactly something to build a career on. The payout simply wasn’t proportionate to the amount of work put in and the engagement earned. Patreon emerged as a way for musicians to continue serving their fans, keep creating at their current pace, and receive monthly payments from those who want to support their careers.

[7 Lessons From Pomplamoose on Being a Musical Entrepreneur]

It’s modeled off of the Renaissance concept of patronage. Artists and sculptors were supported by a patron, or patrons, who paid them a stipend to cover their food and other living expenses while they created their artwork. This is how the ceiling of the Sistine Chapel was painted. Michelangelo’s patron was Pope Julius II, who covered his living expenses throughout the years required to complete the masterpiece.

While innovative, Patreon isn't for everyone

Patreon is fundamentally different, and that’s really exciting. But it’s not going to be the perfect fit for every musician. Patreon works best for those who already have a sizable following. This is because, in the beginning, you’re going to be relying on your biggest fans to become your first subscribers (Patreon calls them patrons). It's a lot simpler to ask your current fans to put down cash and sign up for a new service than it will be to earn the trust of complete strangers (although it’s certainly not impossible). But more on that later.

Patreon tends to work best for:

The nuts and bolts of Patreon

First and foremost, when starting a Patreon campaign, you'll already have been creating something. For musicians, that usually means you’re writing songs. A lot of the most successful musicians on Patreon also regularly create videos. We’ll call these songs or videos "creations." This is the type of content you’re already putting out there in a consistent way.

You’ll keep making these creations for free just as you do now. You’ll make them on a schedule if you don’t have one already; somewhere between one and four times a month is typical. In addition to your free content, you’ll also offer fun, exclusive rewards for those who decide to become your patrons. This can be almost anything you want, although scalable is the way to go. Typically, you see musicians offering MP3s, secret videos, access to private Google Hangouts, first looks at tour dates, etc.

Rewards are offered at different levels depending on the amount pledged. While you can set these levels to whatever you like, usually they start at $1 and go to $5, $10, and so on.

You’re an eclectic indie artist creating music videos of your original music. Your first patron pledges $1 per creation. In your case, that’s per video. Since this particular patron is pledging at the $1 reward level, you post your fun reward right on your Patreon profile. It’ll be private and only available for your $1 level patrons to see. At the end of this month, you'll have released three videos. Your patron is charged a total of $3. Patreon takes five percent of the total amount pledged to you. You make $2.85, and it’s directly deposited to your bank account (+ $0.25 fee) or PayPal (two percent of the amount transferred capped at $1 per deposit).

You may or may not choose to post rewards with each creation. That’s entirely up to you. (More on rewards coming up.) You also have the opportunity to set your campaign to charge patrons or per month as opposed to per creation. Patrons are given the ability to set a cap for how much they want to pay each month. That way, if you have an amazingly productive month and make 10 videos, your patrons won’t ever be charged more than they expect.

So, why is this so important for musicians?

First of all, it gives musicians an incredibly reliable, consistent income stream. In an industry where every month looks different, you can understand how refreshing it is to be able to count on a steady paycheck. It also gives you a chance to interact with your fans in a very personal way. On your Patreon page, patrons have access to what’s called a "Patron-Only Feed" where you can communicate via comments. You can post blogs and interact in the comments there as well. The reward system allows you to offer exclusive content like iPhone recordings of songs in progress, downloads, artwork, and other items that aren’t available elsewhere.

In fact, Patreon, by its very nature, attracts your superfans. These are the people who know you and love your music and want to support you financially. Patreon gives them a way to jump in and do just that. The other folks out there who've been enjoying your music for free all this time can continue to do so, but those who truly have your back will pledge and become patrons. It's a wonderful way to suss out those who really connect with your music.

Getting started with your Patreon page

Let’s take a look at some of the better strategies for getting the most out of your Patreon campaign. A Patreon "campaign" is not a campaign in the sense of a Kickstarter campaign. In the Kickstarter universe, you campaign up until you’ve reached a goal amount of money. A Patreon campaign refers to the entire duration of your creative life on Patreon. You’ll hit various funding milestones along the way (called “Goals"), but the campaign itself is the whole shebang!

Phase 1: building out your page

While you’re making your profile as amazing as it can be, you’ll also want to start talking about making the move to Patreon on your social media accounts, email lists, and at shows. Don’t drop the URL yet, but let folks know that you’re setting everything up and that you have some exciting rewards and new music in development exclusively for your patrons. It’s a promotional campaign, aimed at getting the maximum number of people excited for the ribbon-cutting of your new Patreon home base.

So you’ve gotten your profile all spiffed up and ready go to. Time to launch!

The time has come: it’s launch day! Hit that gorgeous green "launch" button, and you’re off! Your page is officially live on patreon.com. Time to share the heck out of your brand new URL. Your focus from here on out is to start creating content using your handy content calendar and to promote your Patreon page at any reasonable opportunity.

Now that your profile is live, do not, I repeat, do not expect Patreon to start funneling you fans. Patreon simply doesn’t work that way. It’s still up to you to reach out and share music, put yourself out there, and communicate with others and bring them into your new Patreon universe. This is where the Patreon campaign really starts to feel like a campaign. It’s now up to you to nurture new and old fans alike and make them feel welcome.

Patreon recommends sharing unpaid content frequently, as it promotes engagement on your page that can convert fans to patrons. Here are some ways to keep promoting your Patreon campaign:

If you’re looking for some real-life Patreon creators who are killing it, check out these profiles below. All of these musicians are making over $700 per video creation, with most of them making over $1,000. Study their rewards and their content to get an even better grasp of how Patreon can truly be a great tool for the hardworking indie musician:

Sarah Spencer is a singer/songwriter and blogger, working, living, and playing in Nashville, TN. By day, she's the creative director at boutique creative agency for the music industry. When she's not on the web, she's writing songs, playing shows, and singing as a session vocalist.