7 Signs You're Not Ready for a Crowdfunding Campaign 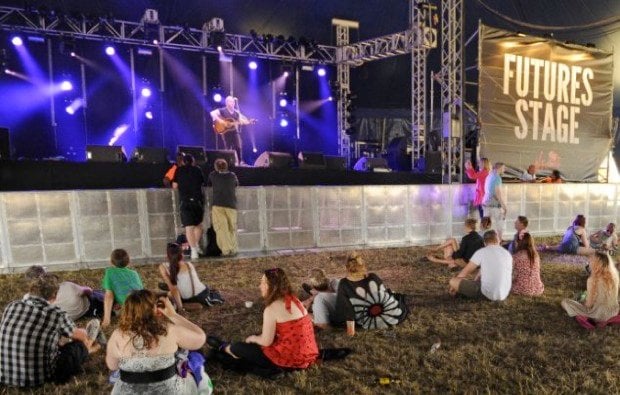 Before you can run a crowdfunding campaign, you’re going to need a crowd. (Photo by David Fisher)

Many artists see their peers running successful campaigns on Kickstarter, PledgeMusic, and Indiegogo and think crowdfunding is the road to easy money. They envision an internet filled with people who are just waiting to fork over $10, $25, or even $100 to fund someone else's passion project. They see music campaigns on Kickstarter have roughly a 50 percent success rate, and think, "Hey, I'm talented. I could be in that 50 percent!"

What many of these artists fail to recognize, however, is the groundwork that was laid out before these campaigns were launched. Artists who've experienced success with crowdfunding didn't just have great campaigns, they were in a position to run great campaigns. The latter is something many artists neglect to think about.

Crowdfunding campaigns take a lot of time and effort, and a failed campaign can be soul-crushing. So before you decide to go this route, be absolutely sure you're in the right place in your career. Unsure if you are? Here are seven signs that you may not be ready to launch a crowdfunding campaign.

1. You don't have a large enough fanbase

How many people attend your shows? How many albums have you sold? How many people are wearing your T-shirts? One of the most important things to remember about crowdfunding is that it starts with the word "crowd," which is exactly what you need before thinking about launching a campaign. If you don't have a crowd, focus on building your fanbase before attempting to raise finances.

2. You haven't developed a relationship with your fans

Having fans is great, but when you're looking to get into crowdfunding, your relationship with your fans is what will make or break you. The artists who succeed in crowdfunding are the ones who hang out with their fans after shows and regularly interact with them on social media. This is an area where you need to be personable to succeed, because no one wants to support an artist they don't have a real connection with.

3. Your social media following is passive

There are two kinds of social media followings: passive and active. As an artist, you want an active following. This means people are retweeting you, favoriting your tweets, and commenting on your Facebook and Instagram posts. Passive followers are the people who add you on various social networks, but don't interact with your posts. As with many things in life, when it comes to social media, quality is more important than quantity. Having 500 people who are heavily involved in what you do is far better than having 5,000 followers who may not even be paying attention.

4. You don't have a good story behind your campaign

As of the writing of this column, there are nearly 6,500 music projects on Kickstarter looking for funding. This means you need to have a story behind your campaign that really connects with people. "I'm making an album" doesn’t cut it. Over 6,000 artists are making albums they hope will get funded – so what makes your project unique? What makes your project the one someone should fund? If you don't have compelling answers to these questions, you'll end up lost in a sea of failed campaigns and never-made albums.

5. You haven't thought out your backer rewards

You want the funding. That's understood. However, what are you planning on giving people for their money? Crowdfunding isn't simply asking for a handout; it's about offering something people might want in return. To be brutally honest with you, no one cares that you need money to fund your project – we care about what we can get in return for the money we’d be giving you. Don't have any idea what that might be? Don't start a campaign. I've said this before, and I'll say it again: when you're asking fans for money, it has to be all about the fans.

6. You don't have any live shows scheduled

Crowdfunding is a decidedly online venture, so there's no need to care about the real world, right? Wrong. Once again, the first part of crowdfunding is "crowd," and the more crowds you can get in front of, the more likely you are to find people who will fund you. Live performances provide the holy trinity of crowdfunding in that you'll be performing your music, you'll have the opportunity for fan interaction, and you'll be able to make new fans. If you aren't prepared to take your campaign offline, you aren't prepared at all.

7. You're not sure you can complete your end of the deal

Will you be able to create what you've promised in a timely manner? Are your backer rewards going to be made and ready to ship by the date promised? A friend of mine recently wrote that he’s contributed to eight campaigns, six of which reached their goal, but only two of which have come through with their backer rewards. Not giving your backers what you’ve promised them is career suicide. Sure, you'll have their money, but you will never be funded by those people again, and from that point forward your reputation will precede you.