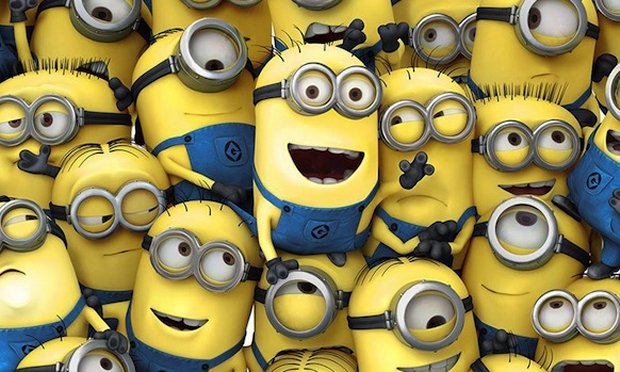 Turn your fans into an excited group of minions! (Image via blog.games.com)

For DIY, indie, and even some major label artists, crowdfunding is a major way to bring in revenue and ensure that a project will move along with the capital you need. Running a crowdfunding campaign is a great way to garner experience, and there are lots of ways an artist can benefit from it. While the basics are obvious – getting your campaign actually funded, gaining some new fans, and putting some cash in your pocket – there are some not-so-obvious benefits, too.

1. You learn the true value of your work (and not just your music)

Quick, put a price on your album. You probably came up with a number fairly quickly, yes? Now put a number on a meet-and-greet or a live-stream. A bit more difficult, right? When doing your crowdfunding campaign, you have different perks for different donor amounts. Generally, some of these perks may include a live-stream, an autographed poster, or even a Skype call. It's hard to put a price on these!

But you might just learn that even if you're a newer artist (with the right amount of buzz), people may be willing to spend more than you think. Whether you need to tweak pricing or not, this is a great learning tool that showcases just what prices will work for your music, perks, and campaign.

2. You learn the essentials of marketing

When I moved from my ad agency life and went into music marketing full-time, I slowly began to see that music marketing is a different animal than traditional marketing. People simply react to music and artist branding differently than products or services. In any industry, however, there's always an almost-templated checklist for any campaign. Sure, it may be tweaked for different channels or different messaging, but the basic outline always remains the same: generate a message and put it out there.

When running your crowdfunding campaign, you're going to be using social media marketing, word of mouth, and maybe even some small PR and ad placements. These are the same tools you would use in an album release, concert promotion, and more. Utilizing these tools for a crowdfunding campaign gets you ready to promote that album, tour, or whatever you're raising money to do.

3. You learn that maybe the world isn't so harsh after all

People like music, but goodness, is it easy to be a cynic in the music industry! No one pays for music these days, there are hundreds of other artists out there fighting for the same platform as you, and you want to be original yet popular enough to get people to like you. It's a tough world! But then you do a crowdfunding campaign, and you see people actually digging and supporting your work. You do a few live-streams or social campaigns to promote it, and people are buying your merch and pledging to donate to your cause. This happens more than you think!

A recent client of mine had a music video, and that was it. That was his only content! He went on to do live-streams via YouNow, and a few shows locally to build buzz for his work, and before you knew it, he was selling a good $500 to $1,000 in merch a week. Which is pretty impressive for someone with only a music video available to the public!

The bottom line is that with a meaningful campaign, a solid online presence, and an active and open demeanor, people will support your work and your crowdfunding campaign!