3 Tips on Making it Big Without Sacrificing Your DIY Spirit 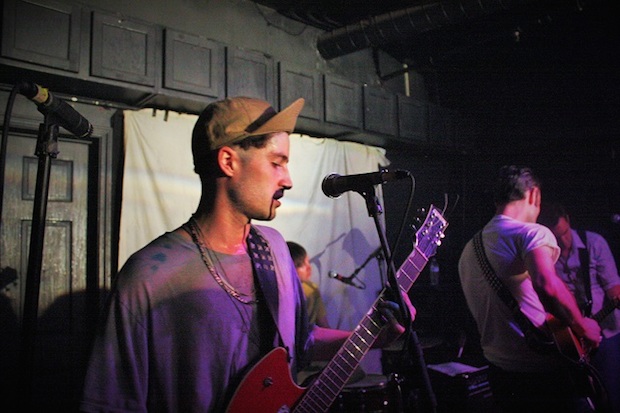 The Black Lips return to their roots with an invite-only show at the tiny 529 Club in Atlanta. (Photo by Bobby Moore)

While many underground acts are content to live solely by DIY means, like playing house shows or releasing records on tiny labels (or self-releasing their music altogether), some have larger goals. But will playing larger clubs, having a publicist and booking agent, and signing to an independent label with wide-reaching distribution rekindle the old debate over what constitutes "selling out"? It shouldn't – if the band is unwavering about their goals and remembers their underground beginnings. The following three tips are for DIY musicians who have dreams of reaching a wider audience, but don't want to forget who they are or where they came from.

1. Agree on your goals as a band

Before you can be a local underground music fixture – let alone have widespread appeal – your band should have a common goal. Some bands, for various reasons, set out to merely play the occasional local show, build a modest audience, and release a seven-inch or two. To stick around long enough to build a local audience, it's best if each band member is fully onboard with ignoring the potential distractions that come with loftier goals.

Most bands, on the other hand, have stringent stylistic standards they refuse to compromise for fame, but don't necessarily want to repeatedly play live for their friends and the occasional barfly. These bands want to see how far touring and recording will take them. Bandmates also need to be on the same page when going down this path, as nothing can slow newfound progress quite like infighting.

Many upstart bands or solo acts hone their craft at local bars and clubs. Sure, there are DIY venues and house shows that don't have age restrictions, but many underground music scenes inadvertently leave out younger fans by using 21-and-up spaces as primary talent incubators. Larger venues with less stringent admission policies normally don't give unproven acts a chance, unless their sound happens to line up with what’s popular and lucrative at the time.

Once a local band is a proven commodity and gets to play larger venues, it allows them to reach a younger audience. A lot of current musicians' imaginations likely ran wild at Warped Tour or a show featuring a then-established act like NOFX years before they could legally become part of the bar scene. Once a band gets to play a larger club, they could be the one that piques the interest of a future scene contributor. This allows playing a widely attended all-ages event to become a stopgap in scene growth, as opposed to something that weakens local music.

3. Don’t forget those who got you this far

Though straying from the bar scene has its benefits, don't abandon the clubs, promoters, fans, and bands that helped elevate you. In the digital age, when some bands are doing quite well without major label backing or commercial radio play, it's easy to stay true to your original audience while achieving higher goals. Consider New Jersey-based trio Screaming Females, who tour relentlessly and had a steady stream of releases issued by Don Giovanni Records. In recent years, they've gone from DIY basements to higher profile tours with Against Me! and Garbage. When they're not opening for a more established act, the band still headlines shows at the venues that helped catapult them to prominence. They didn't outgrow these small spaces by briefly leaving them, so likewise, your band will probably be welcomed back to your old stomping grounds if you occasionally play at larger venues.

Another example is the Black Lips, a group that started out playing dingy basements around Atlanta before ultimately headlining shows across the globe. Now, their occasional local show is usually packed to the rafters and sometimes is out of the price range of longtime supporters. To combat this, the band sometimes plays secret shows at smaller spaces with their friends in mind. When guitarist Jack Hines rejoined the group earlier this year, the band held an invite-only "dress rehearsal," breaking in the new lineup at the tiny 529 Club in Atlanta. The blueprint is definitely there for bands to make a career out of their music and play larger clubs without totally abandoning their DIY roots or the local fans, venues, and promoters that helped put them on the map.

Bobby Moore is a freelance writer and historian with an M.A. in public history (University of West Georgia, 2011). He’s got a Dead Milkmen tattoo on his chest, and his three year old calico is named after the band Tacocat, so he’s pretty shameless about his music fandom.