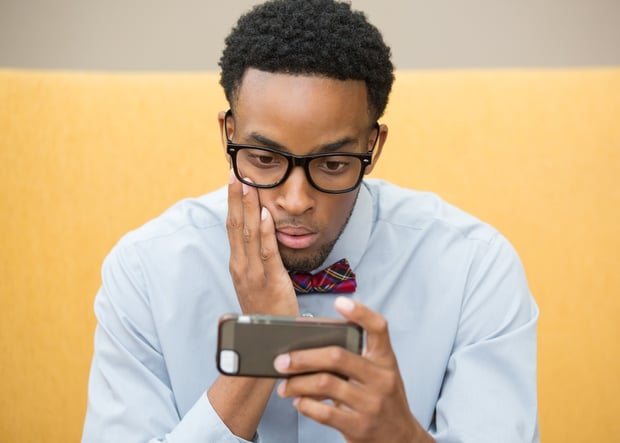 Getting people to pay attention to your music is difficult, no matter the outlet. Most of the places where someone might go to hear your work – Spotify, iTunes, or even YouTube – are littered with every kind of music imaginable, and standing out can be difficult. This is especially true for YouTube, because the world’s most popular video site houses not only virtually every music video ever made, but also millions of other clips that have nothing to do with music, all ready to distract a potential viewer at any moment.

So, how do you stand out, and what’s a video gotta do to be watched?

1. Pay attention to the thumbnails

I’ve mentioned it before, and I’ll say it again: the thumbnails you choose for your video are important, despite how small they are. Thumbnails are the tiny images that preview the video before it’s been clicked, and while choosing an image may seem like an afterthought and something that’s fairly trivial, that couldn’t be farther from the truth.

You should spend some time grabbing the perfect moment from the video, ensuring it is stylistically consistent with the other thumbnails you’ve posted before, and that it at least gives some hint as to what is going on in the video. If it’s you making a vlog in the van, don’t choose the one second of the video that cuts to the band performing, because that’s intentionally misleading. It only takes a few moments to make a great thumbnail, but it will help you with those clicks you’re after.

2. Make the title easy to understand

It used to be that musicians and bands would only post their official music videos on their YouTube pages, but as the years have progressed, these same profiles have become littered with all manner of content, especially when it comes to the music. You should be looking to turn the same songs into many different videos, because content is king, and every little bit helps.

When you post a video, make sure to include exactly what it is in the title, so those clicking know what they are about to experience, and so they aren’t confused. Is this video the official visual treatment for your new single? Is it the lyric video? Perhaps you’re going the live route, or you recorded an acoustic version of a popular tune. It’s great if you decide to upload ten different remixes of your new single to your YouTube page, but please make it clear in the title, otherwise people might not know whether they’re listening to the official version or an altered version.

Because you're a musician, most of the content you upload to YouTube will be music, but not all of it! There are plenty of different types of videos you can post, and racking up your total view count certainly never hurts. If you’re uploading videos that aren’t just some form of a music video (which you should be), make sure to do your best to clearly explain to the could-be viewer what is going on in this clip.

Since you’re already going to be properly labeling all music-related videos (as I stated right above), the other clips you post are your chance to really get interesting and be creative when it comes to titles. Is this a behind-the-scenes clip? A look into rehearsals? Maybe it’s just a video blog where you discuss the difficulties of being on tour. All of these are great, and your fans will eat them up... as long as it’s what they want to watch. Writing out fun but short descriptions in the headline is a great way to remove any confusion and keep people happy and clicking on what they want to see.

If you want people to actually click and watch your videos (which you do, right?), you need to post them at times when people can actually, you know, click and watch them. Don’t post new content at 4 AM, because chances are there won’t be many viewers, and by the time your fans come online and are ready to see the video, it might have worked its way down in their social feeds.

There aren’t exact times when you need to be posting, but keep some common sense in mind before you upload, and especially before you share, if you're going to be doing that immediately afterwards. Mornings are good, as are later afternoons and early evenings. These are the times when people are out of school, out of work, and when they are most likely to be looking on YouTube or browsing other social media sites.