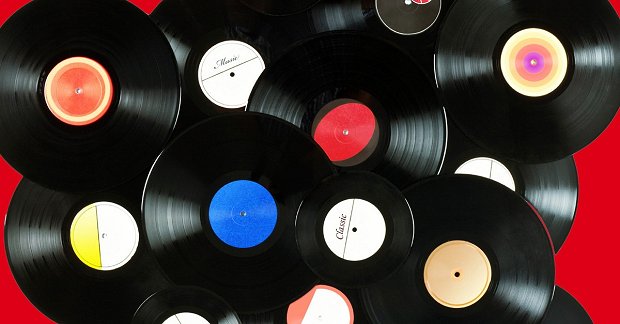 People don’t buy CDs anymore. I still buy a couple of CDs a month, but that’s because I’m a music journalist who's too lazy to steal music online like everyone else (torrents confuse me). When I tell people about the latest CD I picked up at Newbury Comics, they either yawn and change the subject or look at me like I rode into town via horse and buggy. The point is, if you want someone to buy your physical media, you have to go above and beyond these days. Here are five ways to help your fans make that purchase.

If your cover is a legitimate piece of art that people might display on their coffee tables or in their shelves, they're more likely to buy the album. Vampire Weekend’s covers are always simple but excellent, prominently featuring the band's name in that distinct Futura font. Many metal bands have eye-popping covers; Opeth’s Heritage and Dragonforce’s Maximum Overload are so cool aesthetically. Meanwhile, Kanye West’s Graduation cover was created by an actual modern artist. Beauty is the in the eye of the beholder, but just make sure your cover isn’t a total bore to look at. (Aphex Twin’s recent Syro totally failed that test.)

Include a few songs that are only on limited editions. Sometimes, these won’t end up on iTunes or Spotify for quite a while – if at all – and this can incentivize completists to purchase a physical copy.

Include stickers, patches, posters, T-shirts, and any extra additions you can think of that might make fans want a physical copy of your music. Besides, all that swag can be great publicity!

4. A variety of formats

There’s a certain contingent of fans who fetishize music collections; the only problem is, CDs might not be what they want. Release on vinyl, or even old-school cassettes, to ensure that you’re hitting all your markets and giving yourself the best chance you can.

5. Lyrics in the liner notes

Especially if your words are hard to decipher (like in fast hip-hop, loud metal, or just if you have a weird voice), putting your lyrics on paper can be a major draw for fans. I still treat the lyrics to Earl Sweatshirt’s Doris like a favorite book of poems.

What's your strategy for selling physical copies of your music? Let us know in the comments!

Nick Moorhead is a music journalist who's been writing about indie rock, hip-hop, and everything in between since 2011. Before that, he was project manager at Cybersound studios in Boston. A graduate of Trinity College and Startup Institute, you can follow him on Twitter @MoorheadNick.