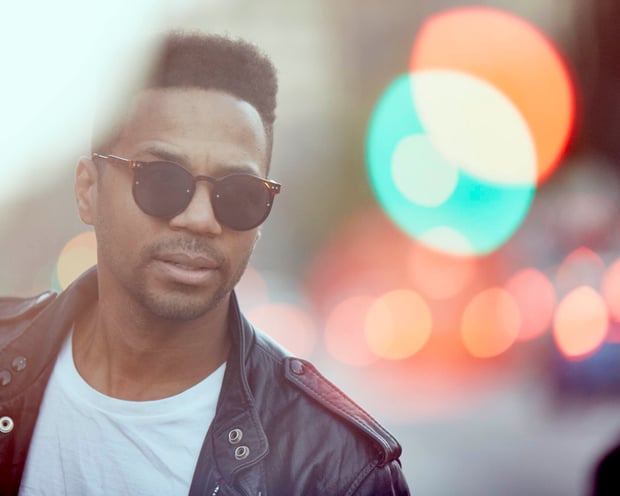 Just about everyone, musician or not, is familiar with Billboard and its influence on the music industry. Artists who sit on top of Billboard's Hot 100 are some of the biggest stars in the world. For an aspiring artist, having your music recognized and praised by this venerable publication is guaranteed to give you some serious exposure.

Brooklyn-based EDM producer Conrad Clifton's music got a massive boost when he was selected through Sonicbids to perform at last year's Billboard Hot 100 Music Festival alongside headliners Justin Bieber, Skrillex, The Weeknd, and Nicki Minaj, and he hasn't slowed down since. Clifton used the festival to promote his sound and brand, as well as add extra credibility and professionalism to his career.

Leading up to your performance, what type of exposure did you receive just by being on the lineup?

The main bit of exposure that I had was the presence on the Billboard website. They had a dedicated section specifically for the festival, and there's my photo next to the biggest musical acts in all of popular music.

Also, once the official lineup poster was published, it was a great look. My name being mentioned in the same context as Lil Wayne, Justin Bieber, and the Weeknd was priceless. But anything I could use to repost and promote, I did it, even if my name wasn't on it. It was just important to be associated with something so huge.

In addition to rehearsing, what did you do to prepare for the festival? How did you promote your set?

I did as much as I could possibly do to be prepared. Besides updating my website and social media platforms, I also invested in press photos. And for my performance, I had custom motion graphics with my logo made for the massive video screens onstage.

As for promotion, it was mostly social media ads on Twitter, Facebook, etc. But, I also got creative with Instagram and Apple Music. Around that same time, I was featured in an Apple Music playlist with Jamie xx and other electronic music heavyweights.

I saw how valuable that feature was, so I started creating my own playlists and posting about them, tagging and/or hashtagging the artists included. I was connecting those dots between my Apple Music profile and the rest of my social pages; it was beautiful. I still do this currently, but I'm focused more on Spotify at the moment.

It must have been amazing (and nerve-wracking) to perform alongside some of today’s biggest stars such as Justin Bieber, Nicki Minaj, and Lil Wayne. What did that mean to you when you walked onstage?

It's really difficult to put my experience into words. To even be playing the same event as them is an honor and a major career accomplishment. These artists are huge, so it's something I'll never forget. One thing that surprised me was that there were so many fans there who actually came to the festival to see me play! It was completely humbling, but it was also a sort of confirmation that maybe I'm doing something pretty good. Or, at least something people can believe in.

It's not often that upcoming artists get to perform on such massive stages. Did you treat the actual performance differently than a normal gig?

I did treat it bit differently, as it was the largest stage I'd every played on, plus I had a massive screen playing my logo and graphics behind me. I mainly just practiced my show, keeping the mindset of being on such a large stage.

There's a slightly different point of view from the audience perspective, so I knew I had to visibly keep my energy high for the duration as well as visibly translate my emotions so the crowd can really feel me. In a way, I also wanted to keep it a bit intimate, so instead of running straight through the set (like a DJ set), I would break at a few points in the show, to talk to the people.

What were the biggest highlights of the festival experience for you?

Wow, there were so many things! The yacht was a highlight, for sure. Sour Patch Kids sponsored a yacht that served as an artist lounge, and so many amazing things happened there. I met Christina Milian (who's even more beautiful in person), Halsey (who was really cool and down to earth), and Conrad Sewell (who I'd really love to work with). I also did interviews with The Hollywood Reporter, COMPLEX magazine, and Billboard China.

But besides all of that, I was still able to be a fan. I got to watch Lil Wayne kill it from stage left probably 30 feet from him. And Axwell ^ Ingrosso had the most massive setup I've ever seen, with humongous video screens everywhere, pyrotechnics, and incredible moment-building musical transitions. So many shows were amazing, and my focus was research. Everything I saw helped inform what I want my live show to be one day.

After your performance, what other opportunities popped up? What're you onto now?

After Hot 100, I continued on my festival tour (POP Montréal, CMJ NYC, Indie Week Toronto, Black Marble Collective Brooklyn, etc.). I'd set things up far in advance so I wouldn't need to depend on the exposure from Billboard, which turned out to be an even better look.

But now that I was able to say "I performed at Hot 100" in press interviews, and repost photos from the festival, my level of validation went up. Managers, agents, and labels were taking me more seriously now. They started to realize that not only is the music good, but I'm constantly hardworking, and in it for the long haul.

After the festival tour, I took a break to finish up my latest EP, If I Were Me, which was released on London label the Playground. Since then, I've released successful remixes with artists from around the globe, and I've continued to perform and grow my fanbase.

I'm currently working on my next full-length album, and getting ready for Variance Festival in Brooklyn, NY, on August 6. I'll be sharing the stage with Junior Boys, Oberhofer, and Awesome Tapes From Africa.

What advice would you give to independent artists looking to get booked at festivals?

If I could give any advice, it would be to be as prepared as possible. Obviously, the music should be incredibly on point. Practice, practice, practice. But outside of the music, you should always have your website up to date, have current press photos, keep your social media current and fresh. Get things to where you have a track record of successful releases and a history of performances.

And if you are lucky enough to play a festival, get ready to do a lot of press. Know your important talking points (things that make you unique, album release dates, website, social media URLs, etc.). And if you don't have management, you should at least have business cards, because you should always be networking.

Get more tips for playing festivals: