Does Your Band Have Too Many Social Media Pages? Here's How to Choose Wisely 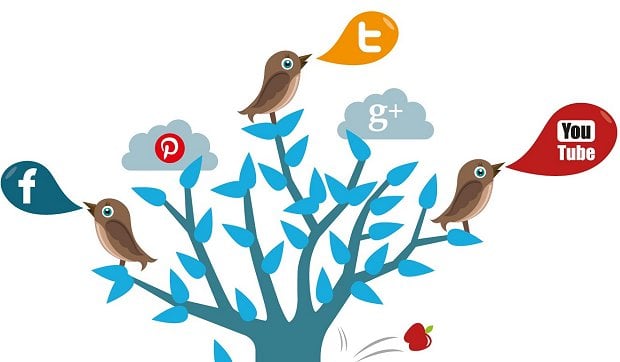 Quite often when I assist clients on their social media channels, I see one staggering thing: they have too many of 'em. A lot of artists (or their managers) hop on every new social media outlet available, and most of the time this means there are outlets that are stagnant and barren, or they're all connected together, which completely defeats the purpose of being on various outlets. Registering for a social media outlet is an important commitment! Radio promoters, fans, labels, and other decision-makers often check out your outlets to see if you're legit, and if you have outlets that are just made and forgotten, it's kind of not a good look.

Here's a brief rundown of the layout of the various channels artists are on today, and what to think about before signing up.

Best for: most artists

Facebook and Twitter are still your two main outlets. But are they becoming a little less useful for artists with younger demographics? A little bit, yes. As I take on more pop-oriented clients that operate to a tween/teen fanbase, I'm beginning to notice that these fans want personal interaction over anything. So they tend to choose Twitter over Facebook for the direct replies and connections, and Instagram for the occasional personal video and photo.

Twitter and Facebook, however, are still kings, and they have the analytics and advertising features that make marketing for artists pretty easy and effective. Facebook should be used to promote your music, for the occasional personal post, and to announce tour and show dates. Twitter should be used in a similar fashion, but with an emphasis on personal connections with fans through replies, and updates on your day-to-day life.

Best for: artists who have the time to push out consistent content multiple times per week

Instagram is becoming more essential for artists, and it really boils down to one main thing: do you have the content to operate one? I recommend you do (or try) to source enough. The platform can be a huge barometer in gauging success. Think about it: you see a poster for a band playing at a local bar, and you've never heard of 'em. So what do you do? You usually go and find their website or social media outlets, right?

If you see that they have 21 Facebook likes and two Twitter followers, that will most likely sway your opinion. Is it really about the music? Absolutely, though we can't fool ourselves and say that social media success isn't a direct correlation with how others view us as artists. Instagram is becoming another outlet that people use to get to know artists and see what others are saying. But if you're a session artist or a simple solo act who just does occasional gigs, maybe it's best to use your personal account to promote your work.

Best for: singer-songwriters with inspiration boards or a specific niche they can build boards around

Pinterest was making its presence known with brands a few years ago, but to my knowledge, it pretty much fizzled out, and bands may find similar issues with the outlet. The platform can very well be a fun way for artists to post inspiration boards and photos from their shows (I have plenty of clients who have had success with it). But it can also be a lot to keep up with.

Similar to Instagram and all other outlets, use it if you can keep up with it. However, Pinterest is an outlet that's really just for you to be expressive, so if you have minimal time or want to push an album or single, maybe it wouldn't be the first one to come to mind. If you sign up, however, use it! No one wants to see an outdated platform, no matter which one it may be.

Best for: artists on tour and artists who can push out consistent, monthly content

Blogs are cool. As I've already alluded to, that personal connection is something fans have always craved, and most websites these days come equipped with blogs as a default. Blogs, however, can be tricky for artists. In today's landscape, Twitter, Instagram, Facebook, and any other outlet can very well be blog-like.

Uploading a vlog on YouTube is another way to blog without finding time to write about your career or music-making updates. While I do think that some artists do benefit from a written blog, only commit to one if you have the capability of updating it one to two times per month. If not, it'll just look scarce.