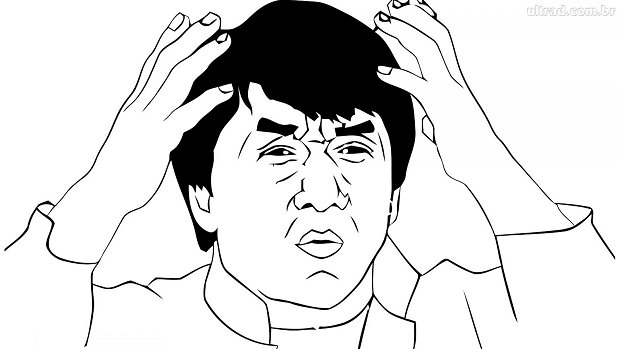 You do NOT want this to be your fans. (Image via edc13.education.ed.ac.uk

Trying too hard just isn't a good look. One trait that's sure to give you success in the music industry is having confidence in yourself. By coming off as relaxed, calm, and in control, you automatically look professional and more impressive to potential fans, media, and other influencers. Your music can be decent, but if you have a captivating presence – both online and offline – people are more likely to pay attention. Here are a few ways to market your music without coming off as too desperate or needy.

The good ol' 70-20-10 rule – it's likely the most consistent piece of advice that I give artists and managers. It states that 70 percent of your posts should be brand building, 20 percent should be networking related, and 10 percent should be sales. By sticking with this formula, you can ensure that you have a good balance of posts. If you're just harping on sales posts all day – buy my T-shirt, buy my signed CD, download my latest single, and so forth – you're going to come off as too desperate and scare people off.

You want to showcase what you've accomplished and who you are. Post photos of you in the studio or clips of your latest video shoot. Give your social media viewers social proof that you are who you say you are. By relying on that 70 percent (brand building) rather than the 10 percent (sales), you'll come off as genuine rather than desperate.

It's all in the delivery

You can ask people to come to your show and buy your album all you want, but it's all in how you deliver that message. Your delivery needs to be concise, well-written, and pushed out in a way that's not too often or too pleading. Announce your release rather than beg for people to listen to it. See this more as if you're announcing news, rather than pleading for a click.

Here's a sample strategy: First, announce your new release in the most straightforward sales way you can. But then post a video clip of you vibing out to the track and saying how you're happy to finally release it – and of course add a link. Next, try creating an "out now" graphic, or even record a quick video thanking your fans for the support. Finally, start sharing/retweeting people's positive feedback on it. All of these posts will achieve the same goal of driving attention to your new release, but you're not hitting your fans over the head with the same straightforward sales message every time.

Here's another example: Instead of tweeting out your crowdfunding link every half hour, share updates. Talk about the progress you're making and the perks of your campaign. It's all about coming off as professional, and showing fans your entire personality – not just your music, and not just asking them to buy your work repeatedly.

Stretch the life of your promotional posts by boosting them

If you have a little budget to boost a promotional post, that can be a more effective (and less desperate looking) option than posting the same thing over and over again throughout the day in hopes that you'll reach more of your fans. With a boosted post, not only will it appear in your fans' feeds, but you can also set it to appear in the feeds of people who aren't connected to your page to enhance your reach.