How Much Do Your Social Media Stats Affect Your Chances of Press Coverage? 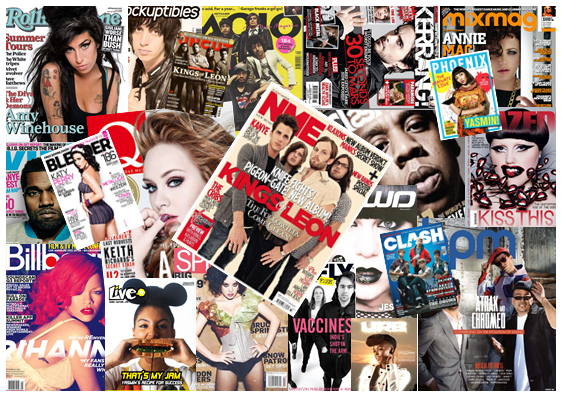 There’s no arguing about the importance of social media in expanding and maintaining a fanbase. It's common knowledge that all of the mainstay platforms – Twitter, Facebook, and Instagram – are crucial tools, albeit each with its own particular uses.

What's maybe less widely understood, though, is that it's not just listeners who are affected by your band’s online presence. It plays a role in your chances of getting press, too.

Unsurprisingly, the degree of influence varies depending on the outlet in question. After personally polling a handful of music writers, a few conclusions can be drawn.

Stats could be indicative of progress

If you have a considerable internet following but have yet to receive proportionate press, your numbers could help bridge that gap. Today's profound accessibility of music can be a double-edged sword, in that the abundance of bands and artists means some are inadvertently overlooked by writers and editors. Presenting your case with impressive data is a great way to pique their interest.

Beverly Bryan, MTV Iggy's Editorial Director, somewhat echoes that sentiment: "Social media numbers matter because they help tell the story of a group or artist. They can show that an indie band is putting in the work to promote themselves or attest to the quietly swelling underground fanbase of a little-known producer. Twitter followers, Facebook fans, and YouTube plays can be faked, but it's still useful information," she says.

The less underground an outlet, the more likely numbers matter

Newer outlets, those with smaller readerships and the type that live happily in a very specific niche, are more inclined to spotlight bands based on sound rather than staggering numbers. We’ve touched on this a bit before when discussing the possible reasons you might not hear back from the press. If you’re just starting out, hitting up Spin might be futile. A cool blog that runs stories on bands not unlike yours, however, could be very interested in sharing your music.

Some outlets are looking for a mutually beneficial relationship

A higher-up at a prominent indie music website told me that, although it’s not a factor in deciding on lengthier stories, she has approved coverage of bands that aren’t really her style based on their strong following. It’s not the end-all, be-all, of course – quality is forever paramount. Still, she also expressed hopes that a band’s big numbers will boost their own content.

Additionally, a couple of writers told me their editors either require a band’s statistics to be included in their pitches or ask for them when they’re not already familiar. It’s fair to assume that their reasons have something to do with the hope for a symbiotic relationship.

Numbers don't match your ambitions? You're not entirely out of luck

Plenty of publications are interested in showcasing fledgling acts, so long as they’ve got the chops. The same aforementioned higher-up recalled a recent piece written about an artist with a negligible following – and it performed quite well. A 1,000-word piece is less likely than, say, a spot on a “best new music” list or mixtape, but none of those feats are impossible.

Considering the prevalence of an emphasis on numbers in the bigger outlets, it’s more likely that you’ll have to work your way up the food chain. And there’s nothing wrong with that. Some of the best, most well-written outlets aren’t household names like Rolling Stone. Really, any level of press can help you find new listeners and build up to the big leagues. Plus, it’s pretty admirable to work hard to attract fans through live shows, social media, and other means of self-promotion. Eventually, if all goes well, you may not have to seek out press on your own so often – writers might start coming to you directly.