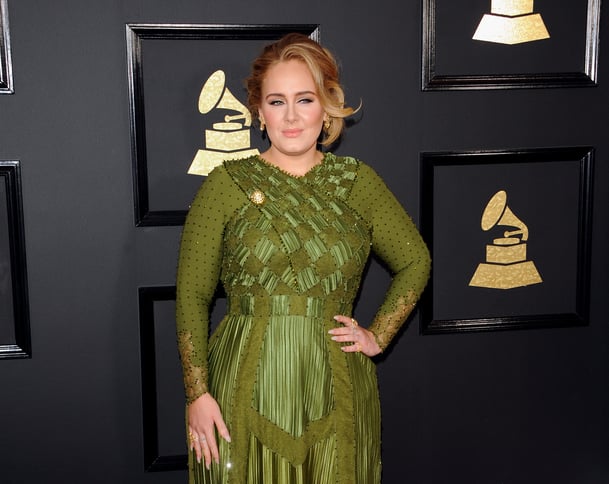 When we last talked about Adele on this blog, she was saving the music industry in 2011 with the release of her critically (and everywhere else) acclaimed sophomore album, 21. We pointed out a few examples of her approach towards her audience and how she used her music to build an incredible platform to reach them on a deeper level.

Since then, her platform has only grown more powerful. By the end of 2012, 21 surpassed 10 million in sales, she won an Oscar in 2013 for her song, “Skyfall,” and during 2015's holiday season,she became the first artist to sell one million downloads in a single week with “Hello” from her album, 25.

That album went on to break even more records. According to Nielsen Music, 25 sold 3.38 million in its first week (the largest single sales week in history), and 1.11 million in its second week (becoming the first album to sell over a million in multiple weeks).

By 2016, Adele’s behemoth single, “Hello,” reached over a billion views on YouTube in under 90 days, becoming the first video to reach that many views that quickly. And let’s not forget her epic Grammy upset of 2017 when she beat out Beyoncè’s Lemonade for album of the year.

So, yeah, she’s been busy taking over the world. Now, how does that help you?

No one is expecting you to go from an independent artist to a global phenomenon overnight. That just doesn’t happen. And we’re not suggesting you compare certain milestones she achieves with millions of marketing dollars and an endless team behind her to those you are aiming to reach. That’s comparing apples to really rich oranges.

But here are three huge lessons you can learn from Adele’s success to help make 2019 impactful in your career.

1. Give your audience what they want

Adele knows her fans and knows they live for her raw, gut-wrenching ballads. They also love her confident, take-me-as-I-am attitude and dry humor. While she may experiment with new genres down the road, Adele is sticking to what she knows: emotionally charged, soulful pop music.

If something resonates with your fans, take the time to connect more deeply with them in that space. Ask them what they like, what they don’t like, and what stands out to them the most about your music. You don’t need to feel constrained by their directives, but rather use the information when choosing new singles or deciding on who to collaborate with or go on tour with next.

2. Take your time without disappearing

Adele has averaged three-to-four years between albums. In this new market of releasing singles every four-to-six weeks, it’s important to remember that your “old” music is always going to be new to somebody, especially as an independent artist who has yet to secure global domination.

While Adele’s previous records continued to be promoted, she lived life before diving into a new album. Between 21 and 25, she took time to fall in love, start a family, and figure out who she is: all which was material used on her last album. She was still involved in other projects, however, like the movie Skyfall, and participated in other industry events, staying in the public’s front of mind during her break from a new record.

Don’t feel so pressured to constantly turn out new singles. Remix old singles, collaborate with new artists, start a video diary series, create a podcast. The goal is to stay consistently creating, but don’t feel the need to only create music. Give yourself time to live life and get inspired.

Even Adele was surprised she beat out Beyoncè at the 2017 Grammys. She used her time onstage to give thanks to Beyoncè and the impact Lemonade had on the music industry and went even so far as to break her award in half to suggest they share it. She’s also been extremely vocal about her excitement for a Spice Girls reunion and what that group did for her self-esteem when she was growing up.

Throughout the years, Adele has used social media to show love to the artists who have inspired her and hasn’t been afraid to “fan girl” out, like when she met Bette Midler and Stevie Nicks in 2015.

Fans relate to Adele and connect with her pure, uncensored love of her idols, and her colleagues don’t seem to be able to stop showing her love and admiration back.

You are not on this journey alone, so be sure to throw the idea of competition out the window and embrace the other musicians in your space who are doing great things.

In closing, always stay true to who you are. You’re not Adele, and you don’t need to be, and she doesn’t need to be anyone else either. Find your path and take care of those who decide to join you on it.

Which of these three lessons will you take to heart as you enter into the new year? Tell us in the comments!