How Much Does It Really Cost to Make An Album? A Breakdown of the Costs Involved 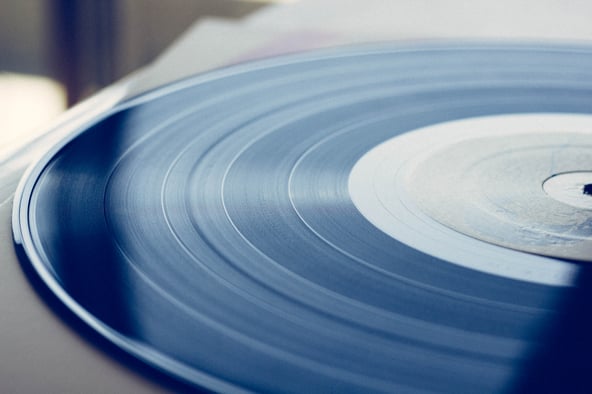 You've got big dreams. You want to make an album that's going to change the landscape of modern music. There's just one little thing you need to factor in that doesn't have anything to do with the creative side or your magnum opus, and that's money.

Making an album isn't cheap, but costs vary greatly. While you generally get what you pay for, you don't really need to spend an arm and a leg to get a good quality recording nowadays. Check out these price estimates for making an album with a full rock band instrumentation.

Depending on the style of your music, you may need to spend thousands of dollars on top-of-the-line gear, or you may be playing in a punk band where you're going to be throwing instruments and it wouldn't make any sense to invest a ton of money into them.

Extreme cases aside, let's make the case that you want decent gear that sounds good. There are a variety of ways to obtain said gear, and as with most purchasing options, you'll see an inverse relationship between reliability and convenience vs. pricing.

On one end of the spectrum is Guitar Center. Here you'll be guided through the process of your gear acquisition by a courteous young man in a black button-down who will tell you all about which tubes sound the "meatiest." Spoiler alert: he works on commission.

On the other end of the spectrum, you can take your gear hunt to Craigslist. This is where you'll find the real bargains, along with every nightmare you can imagine. Craigslist can be an incredible tool when searching for gear, especially old or rare gear at the absolute lowest prices, but you need to know what you're doing as the buyer.

No matter the price range or the area you live in, there are always going to be scammers out there trying to take advantage. Depending on what gear you buy and where you buy it, your whole band's gear could cost anywhere from $700 at the bare minimum to (more likely) thousands of dollars.

[5 Cures for a Common Case of Gear Acquisition Syndrome (GAS)]

Finding a place to rehearse is often one of the biggest struggles of band life. Many bands reap the benefits of their parents' garages or basements, but the industry that supplies musicians with lock-outs and rehearsal spaces capitalizes on bands' needs for a creative space without sonic boundaries. A good estimate of pricing for a rehearsal space with all the luxuries and amenities any band should reasonably need comes out to about $25 an hour.

Let's say the band has one main songwriter, and they need to learn all the new songs for the upcoming album. They might meet up three times a week for six hours at a time over the course of a month to be ready to record. This would run the band a $1,800 bill. A potentially cheaper alternative to this approach is to rent out your own rehearsal space for an entire month.

These prices vary greatly, and the application process is much more intensive than simply paying for a room by the hour. If you're a serious band with long-term goals, it may be very worth the investment. Of course, if Mom likes having you rock out in the garage, stick with what works.

Yet another element of recording with incredible variance. For the true DIYer, recording can be accomplished with just $1,000 and a lot of time. This figure is all-encompassing of absolutely everything you'll need, starting with a computer ($500), which you probably already own. From there, you would use that computer to download GarageBand for $5 if it isn't already on your computer, and hook your computer up to an audio interface, which will cost about $200.

The last things you'll need for the ultimate DIY recording experience are some versatile mics like the Shure SM57, cables, and some brooms, chairs, and tape for those DIY mic stands. Throw in a decent pair of headphones so you can hear what you're recording, and you're on your way with a passable recording setup.

Recording will be a very different process if you have more money to spend. Professional studios typically come equipped with a plethora of expensive microphones, along with all the other recording equipment you'll need. Professional studio rates can range from as little as $50 an hour to upwards of $500 an hour. All things considered, the recording process can run you anywhere from $1,000 to upwards of $40,000 for an entire album.

This is where the bare minimum needed to produce an album cuts off. It's not recommended, but you could do all of the following steps yourself and not pay anything out of pocket.

The engineer is the person who physically sits behind the computer with the digital audio workstation and records the band. Engineers are also typically responsible for mic placement on amps and drums, and see an intersection of the role of "producer" of the album, although the titles are sometimes held by different people.

[What Exactly Does 'Producer' Mean?]

Rates for engineers vary greatly, and they can either charge the musicians by the hour or by the song. For big-name engineers or producers, the sky is the limit with the price tag, so you could spend anywhere from a few hundred dollars to many thousands tracking an album.

The mix engineer performs a variety of tasks on the track. They take the sounds recorded by the engineer, polish them, and set the levels to make the recording sound its best. In the interest of time and quality, you should hire a professional mix engineer whose work you've listened to and like.

However, if you're looking to get into mixing yourself, you can learn just about everything there is to know online and through good old trial and error. Mixing rates are very personal, and major label releases often shell out big bucks paying for top-of-the-line mix engineers.

The logistics of mastering are very similar to mixing. Mastering is typically performed by an outsourced third party who takes the mix track and polishes it to make it sound its best. The function of mastering is to make a track sound "loud" and full, even at low volumes.

Just like mixing, you can learn this on your own through experimentation and reading material, but typically, you would outsource to a third party whose mastering work you like the sound of. Also like mixing, getting a big name on the mastering credits of your album will typically cost a decent chunk of change.

[How to Get the Most Out of the Mastering Process]

The cost of album artwork is a total toss-up. You could make the artwork yourself using construction paper and sharpie, or you could commission a painting for a few thousand dollars. Typically, bands end up somewhere in the middle of these two figures, shelling out a couple hundred bucks for a good graphic artist to bring their album cover vision to life.

[How to Get Quality Album Artwork on a DIY Budget]

Every piece of the puzzle that goes into making an album is an investment, but physical formats are where the money actually starts to come back. The first step to creating a game plan for physical album formats is analyzing which formats your target demographic is going to be looking for. Vinyl? CDs? Or just digital formats?

If you answered only digital, you're in luck! Sites like Bandcamp make it free to distribute your music in a digital format online, and they only take a small cut of your sales. Other formats can run you hundreds, or more likely thousands, of dollars, but you'll make all that money back and more... as long as you sell them!

Of course, buying larger quantities is always cheaper, so it's up to you to manage the balancing act of distributing your music in the most profitable way possible.

[The Ultimate Guide to Pressing Physical Copies of Your Album: Vinyl, CDs, Cassettes, and More]

Publicity: the sky is the limit

Publicity is half the battle in your quest for a successful album. If you're putting serious time, money, and effort into an album, you need to budget your expenses to make sure people will actually hear it. There are ways to guerrilla market your album via Facebook shares and flyers around town, but if you've spent tens of thousands of dollars on your album, it may be wise to hire a PR company to manage the publicity if a label isn't taking care of it already.

The sky's the limit for the price tag on album publicity. You could go the total DIY route, or if you've got a strong following already and you're in a position to hire a top-notch PR firm to reach the masses, you may very well end up spending more on publicity than the album itself.

[Ask a Publicist: 5 Ways to Get More Out of Your Music PR Efforts]

The creation of an album is a delicate and costly process. The final numbers: you can make an album for as little as $1,700 (if you choose to not hire anyone for engineering, mixing, or mastering) plus a ton of work, or spend well north of $100,000.