How to Tour as a DIY Solo Artist 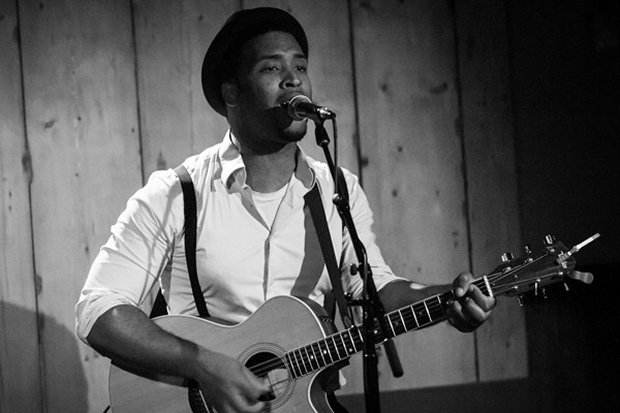 Just after the New Year, I packed a guitar, a suitcase, merch, and my six-foot-two frame into a white Nissan Versa to begin touring behind my new record, From Your Bones. Being a solo traveler comes with its ups and downs. The ups: full control of the stereo, falling in love with new records, being a candidate for "the strangest musician I just met sleeping on my couch," control of the schedule, less gear, cheaper hotel rates, no one to fight with, and not having to split the money. The downs: you are the driver, roadie, merch person, tour manager, bill-footer, social media guru, and navigator (technically, it's your iPhone, but you know how Siri gets). Oh! You also have to play an awesome show every night, then shake hands and kiss babies after. It’s a lot of work – and a lot of fun when you plan it right.

Plan your bill and build relationships

So, let’s talk plans. The biggest logistical focus for this tour was, "Who will I be playing with in each town?" In my experience, if you leave the rest of the bill to the venue, you may end up with the perfect lineup, but it’s more likely it will be varying degrees of "less than ideal." I even had a venue cancel a date because I couldn’t find another act to play with. Luckily, the Briar Rabbit business mantra is "focus on the solution." I took to social media to get recommendations from other acts I’ve met. From there, it’s pretty easy to cyberstalk and find more acts. Once I had my list, I sifted through to see whose music I dug the most, who promoted themselves well, and was friendly and available. Call it selfish, but if I have to watch two other acts a night, I want to enjoy myself.

The result was awesome. I made a lot of really great musician friends who helped make this tour radical. If you create a genuine relationship between acts, the crowd joins in on the enthusiasm. Fans follow their act’s lead; when you’re jazzed, they’re jazzed. While I wasn’t able to pull this off with every gig, the ones I did made a big difference. The bonus is that next time you go out on tour, you have a list of acts to call. Share that list when fellow musicians ask you for it. Favors make the world go 'round.

Another focus of this tour was diet. It wasn’t so much that I needed my summer bod in the dead of winter, but touring requires a lot of energy and not feeling like garbage whenever possible. Yes, people have been saying, "Go grocery shopping, bring a cooler, blah blah blah" for years, and if you have the time, forsight, and space in your car, great. If you happen to be an impulsive procrastinator (this article is due tomorrow), the website Eat This, Not That is a pretty rad resource. You can figure out the best place in the Glendale Oasis to eat and the healthiest option from that list. If you starve yourself, you might go renegade on six spicy chicken sandwiches, large fries, and a Frosty when you crack.

Finally, something that they don’t tell you is that your fans give you energy. It may be the coldest winter in 30 years, and despite your feature in the newspaper, most of Iowa City is under a blanket binging on Netflix. Then you see Cheryl, Lisa, and Sarah! Wait, Melanie from Twitter brought a crew? Annie and Mike are standing at your merch table declaring your shirts are the softest in the world? Ashlyn brought friends to two different shows? A family kept track of you from that Indiana house show two years ago and got there early for great seats? Yes. Yes, they did. Thank everyone who watches your show (staff included) and talk to them. Why? First, they just completed your dream of traveling and playing your music for people you don’t know. Second, the people you moved with your music light up your world when they return with friends.

Briar Rabbit is a singer/songwriter based in Detroit, and the winner of a 2013 International Songwriting Competition award. Follow him on Twitter @Briar_Rabbit.