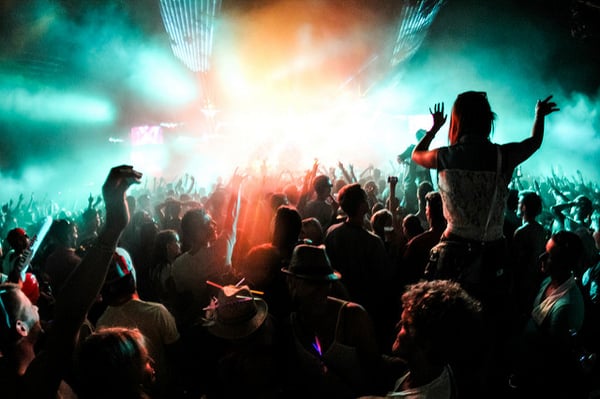 Your fanbase is supposed to grow over time, and your show attendance should reflect that. It's not uncommon to hit a plateau, though – and that's when you need to consider what you could be doing wrong.

If turnout at the local gigs you're playing is repeatedly low or stagnant, there are three crucial areas you should reevaluate: promotion, the shows themselves, and, ultimately, your music. Making changes to even just one could be the key to drawing a bigger crowd in the future.

The ideal lead time for the promotion of a local show is at least two months, and it should include marketing on social media as well IRL with posters and flyers. But it's easy to fall into a monotonous routine that relies too heavily on minimum efforts for each: post the event online, hang up a poster at the venue, drop a stack of flyers at the bar. Sometimes that's enough – but if you're not seeing any growth in attendance, there's plenty more you can do in the way of promotion to help grow your audience.

Check out our full guide to promoting your music here. (A lot of the tips can be used for shows.)

There are several factors at play in whether your shows are well-received. The most obvious, of course is how great of a set you play.

But what about the day of the week you're performing or the venue that's hosting? If you're doing the same each time, be it a Wednesday or a Friday at a club downtown or a suburban bar, and not seeing any changes, consider switching things up. Try a new spot or a different day of the week, and you could see an uptick in attendance.

Additionally, it's important to perform regularly, but you should avoid oversaturation. If you've been playing gigs nearly every other week for a year, you might need to take a break to allow some hype to build in between.

There are also ways to make shows extra memorable that can help draw a bigger crowd: benefits, tributes, adding unexpected entertainment to the line-up, or choosing a theme and going all-out with décor and more.

3. Are people into your music?

Your show attendance will never spike if people simply aren't into your music. Holding tight to your integrity as an artist is noble, but if folks aren't responding well to your tunes, it may be time to rethink your songwriting. (If growing your fanbase is important to you, that is.) We've got plenty of songwriting tips available on the blog, from the basics of crafting catchy jams to this guide to taking your songs to the next level.