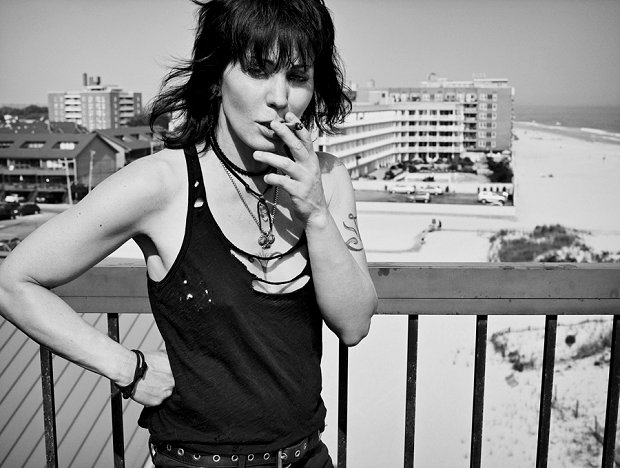 If you're like Joan Jett, you don't give a damn 'bout your reputation. But you should. (Photo by Mark Abrahams)

Reputation is everything for a new local band that is trying to gain connections and a following. No matter how big your town is, the music scene is always a small, tightly knit community, and word travels fast. Aspire to be the band that gets talked about positively.

Even if you're careful to avoid damaging your reputation, you might not realize that some of the things you do are hurting you. If you're trying to get venues, other bands, and new fans to like you, you probably (hopefully) aren't smashing the furniture in the club, talking trash over social media, or leaving actual trash all over every venue that you play. There are other actions, however, that aren't as easy to notice and that you may be suffering from as a result.

1. Being unprofessional or discourteous at gigs

This should be a no-brainer, but I'm including this on the list because I've noticed that most bands that conduct themselves unprofessionally don't even realize that they're doing anything wrong. Take a moment the next time you play a gig to analyze the conduct of your group. Is it inappropriate? Could it be hurting your reputation?

Make every effort to be professional, and treat every single gig like it will be your last. Show up on time – or earlier, if it's possible. Be courteous to the other bands, and keep your gear consolidated and out of the way so other bands have room to organize theirs. Get onstage and offstage quickly, and don't screw around during your soundcheck. Be gracious and say thank you to the venue staff and other bands regularly. The rule of thumb is simple kindness and courtesy. Be nice, and don't make anybody's job more difficult than it already is. This should be easy if you just pay attention to the way that you and your bandmates are acting.

There isn't a way around this. If you act unprofessionally, venues and other bands will be reluctant to have you back. If you are kind and professional, it will be noticed, and people will be excited to play with you. Pay attention, analyze your conduct, and change it if need be.

2. Hanging with the wrong crowd

Are you an indie band that's regularly getting thrown onto crappy Tuesday night sets with five metal bands? Are you a metal band that seems to always get thrown onto the end of a singer-songwriter night? Though this happens to everybody at some point, being put in this situation consistently can actually hurt your band.

Think of it like this: if you're playing sets where your music is very different from that of everybody else's, it's unlikely that people are going to be very appreciative of your set. There are some cities where crowds are fairly open-minded; perhaps the fans of the metal bands like indie rock, too, and will stick around for your set. Don't count on this though. Generally, when people show up to see a certain style of music, they aren't really interested in hearing something that's drastically different. And if you're regularly playing to crowds that don't really like your music, then obviously, people are going to start talking about how much they dislike your music. You could develop a reputation of being a crappy band even if your band is very good in terms of your genre.

The best way to avoid this is by getting to know other local bands that play the same sort of music that you do and targeting your marketing towards an audience that will appreciate your style. If, when you approach a venue's staff about getting booked, they don't seem to care about who they book you with, then come to the venue with a full bill that's ready to pitch. Ask your friends who play the same style to play with you, and pool your marketing and audience together to benefit everybody. This way, you can get your music to people who will actually like it (as long as you're actually good), and you won't have to worry about people smearing your reputation just for not conforming to their personal preferences.

When it comes to marketing, content is always king. To generate traffic on social media or any other webpage, you need to be posting content regularly and consistently.

Quality still trumps quantity in regards to this, however. If you're constantly putting up crappy content, it's going to be difficult for others to take your band seriously. Spamming your audience with cell phone pictures of your band in your mom's backyard, posting multiple meaningless and poorly spell-checked Twitter posts, or releasing a new "EP" every month that you record in your garage with a Rock Band microphone might get you social media traffic, but it isn't going to keep those page visitors coming back.

Prioritize the quality of the content as well as the consistency. If you take your band seriously and want others to do the same, then put some effort into it. There are a million other bands out there that are putting up great content every single day, and there's no reason for somebody to come back to your page if you aren't able to impress.

4. Not supporting your scene

I've played with plenty of bands that will show up to gigs right before they're supposed to soundcheck and leave as soon as their set is finished. I might speak to them for a few minutes before and after their sets, but they never seem to care about networking or getting to know anybody.

Even if you have a pleasant attitude, if you don't stick around to watch other bands before and after your set, people are going to think less of your band and be less inclined to invite you to play with them again. And if the crowd you bring leaves with you, then inviting your group to play had very little benefit to the other bands. Don't expect them to invite you back. Your local scene is incredibly important to getting your band a good start, and by not participating in it, you're really shooting yourself in the foot.

If local bands that you like are playing, go see their shows. Local groups really appreciate it (wouldn't you?), and if you go out to see enough live music, then others will return the favor and come see you when you play. If you never go see any of your musician friends' shows, you can't really expect them to come to yours either. So, get out there and be a part of your scene!