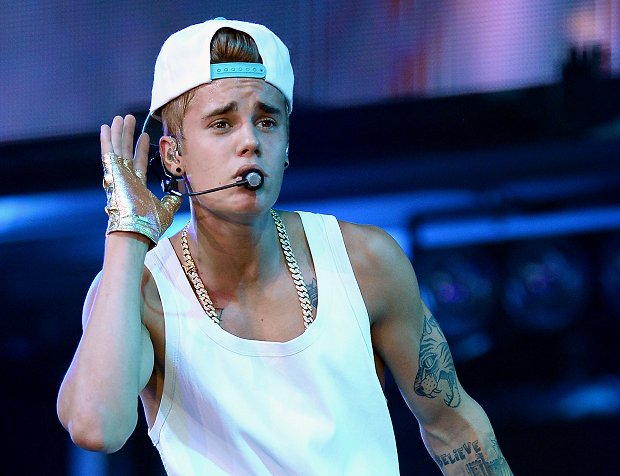 Did someone say "failed PR campaign"? (Photo by Ethan Miller)

I've already discussed the not-always-obvious signs your PR campaign worked, and how its success is not measured in clips or record sales, but in conversations, buzz, social media growth, name recognition, a press kit, and further development. A PR campaign is critical, but it may not always yield the results you think you were looking for. That doesn't mean it was a failure, that the publicist was a failure, that your band is a failure, or that the media failed you. It just means that something didn't jibe, click, or work. And many of those things can be remedied.

Here are seven possible reasons that your PR campaign may not have worked as well as you had hoped. This list is based on experience, discussions with other PR people, and things I have witnessed in the everyday media machine and rigmarole.

1. Something simply didn't connect with the media

I have experienced this. No matter how passionate the band is, the manager is, or the publicist is, the band just doesn't connect with the media or the media doesn't connect with the band. I've had projects that I've worked on for months. Sometimes the results lead to a breakthrough and sometimes they don't. The effort can be made, with true belief and support on behalf of the person pitching, but sometimes, due to a variety of factors, the media just wants what it wants – or doesn't want what it doesn't want.

2. You used the wrong PR firm

Not every PR firm or publicist is right for every project. It's very much something that has to fit like a hand in a glove. There can be growing pains, but either things settle in and become an un-fuck-with-able machine, or they don't. Sometimes, a label or manager may hire a firm based on their other clients or their past history, but it might not be exactly right for a smaller band in a certain phase of development.

3. Your vision differed from the PR vision

Oftentimes, a band's vision and the PR vision just don't line up. That's why the process requires vetting on both sides to make sure that it's the right professional fit. I have had bands contact me about retaining my PR services, and if I'm not sure what they're trying to convey in image and/or sound, or if their overall goals are not something I think I can achieve (or don't line up with reality), I won't go any further.

4. The wrong pitch was made (or the right one wasn't)

PR is not an exact science. It comes with all sorts of spin and pitch angles to generate interest. Sometimes, in the desire to go outside of the box and try to create a buzz based on an artist's interest as opposed to his or her art, the focus is shifted away from what's most critical: the music.

5. The campaign could have been too short

Oftentimes, PR campaigns are three months; sometimes they're life of the project from the studio to the final tour on the cycle. It depends on the band's budget and how the campaign is growing. If you can only afford a short campaign, you can expect a limited number of things to happen. PR education and conversations often take six months to turn into commitments and clips, especially if you're going for big gets like TV, covers, etc. If you're a new band with no history, well, guess what? It can take several months of follow-ups with outlets to get them to finally cover something, or even to reply to either pass or schedule something. So don't expect encyclopedia-thick press kits without development and investment of time. And good, committed PR isn't cheap.

If the responsible publicist quits mid-campaign, gets another job, or loses his or her assistant, it could lead to the firm scrambling to make up lost ground. A publicist could have been working on initiatives that get lost in any sort of change or translation. That momentum is not always easy to make up if someone new steps in, since campaigns are largely relationship-based. Also, certain campaigns can require multiple people working on them, like a national publicist and a tour publicist. Often, that's the same person. If a band has certain needs and only one person is addressing all of them, you can expect some areas to lack. But two people aren't always needed either. Again, it depends on campaign size and goals.

7. There were unrealistic expectations on both parts

Who doesn’t want to be on a magazine cover or late-night TV? Those are monster gets that don't happen by accident. So if a publicist tells you they'll happen, and this is your first press campaign, well, buyer beware. There are indeed cases when that does happen because a band is buzzing and breaking, but for the most part, that's an endgame and not a launch point. So know your place, and if someone tells you that's definitely going to happen in order to close the deal, stop and take a minute to think. There are some magic workers among publicists, or some may have some serious favors owed to them, or they may have a cache of clients they can barter with, but you have to think about how your campaign will be run.