8 Misconceptions About Music Publicity (and Why You Need it Regardless) 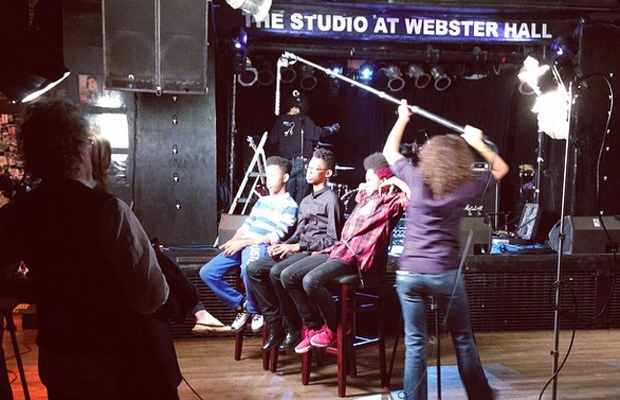 Unlocking the Truth giving an interview. (Photo by Amy Sciarretto)

Publicity is indisputably something that all bands need. It's one of the most essential tools in the kit, but it's also one of the most confounding elements of a promotional campaign. It cannot be measured in numbers, stats, dollar signs, tickets, or record sales, yet all bands live and die by it. Because of the nebulous nature of publicity, there are many misconceptions. Here are eight things it does and doesn't do, and why you need it regardless.

Publicity's value is immeasurable, really. It doesn't sell x amount of records; it does, however, build your overall story. Even though it's not mathematically quantifiable, it is priceless. Someone has to shepherd the story and inform the media of your everyday existence – your publicist and his or her targeted campaign.

3. A positive piece of press doesn't mean you're BFFs with a writer

Even if a writer or editor stays in touch and texts with you long after the interview ends or after submitting his or her glowing review, that doesn't mean you're instant BFFs. Writers can be professionals as well as fanboys and fangirls who are lucky enough to do what they love. Remember this infallible rule: they have a job to do, and the story and the scoop come first.

Plenty of acts get loads of solid press, but it does not translate into sales or cause them to gain fans quickly. That's because not enough impressions have been made. You need to have more, build more, and then the fan needle moves. That involves your live show, your marketing, and other areas – not just your press. Once the media is familiar with you and repeating its coverage, fans will follow.

5. All press is good press – except when it isn't

Yes, bad press can be a good thing, since it keeps your band name in the media. But bad press like, say, getting caught cheating on your girlfriend in public while she's pregnant can be a real headache for you and your publicist to deal with. It requires lots of energy spinning the crisis, which takes attention away from the music and puts it on your celebrity, which is a whole different world and an area of media that can sink a band.

6. Press is part of a larger machine and is a gear that needs constant grease

Along with radio promotion and marketing initiatives, press is part of a larger machine with many mechanisms that go into building and breaking a band. The publicity element is usually the nerve center and the hub, since a solid press kit can lead to more radio interest and exposure. The same applies to marketing and endorsements. Press is the front line of defense and the weapons are always drawn. Every opportunity can be a press opp or lead to exposure, so a publicist and a band must always be "on."

7. Publicity is not all glam, red carpets, photo shoots, or fun

Doing press means lots of rote interviews and lots of the same questions being asked by different journalists – and that adds up to lots of repeat activity. It may get boring, but you have to learn to give fresh answers to the same questions. This might require some media training by a publicist to help you field difficult or old questions. It's all about approach, approach, approach – and being creative.

8. Publicity is not a race

It's a marathon. It can take months to break through and get your band in a major, mainstream outlet. So, don't be discouraged if it's two months after your album comes out, and you're still not in a certain magazine. It takes time, education, and constant and consistent media massaging to get the message across. Slow and steady wins the race – not sprints, or you peter out.

The bottom line is that you need PR because the return on investment is so much more than dollars and cents. It's about making your reputation in the media.

Amy Sciarretto has 20 years of print and online bylines, from Kerrang to Spin to Revolver to Bustle, covering music, beauty, and fashion. After 12 years doing radio and publicity at Roadrunner Records, she now fronts Atom Splitter PR, her own boutique PR firm, which has over 30 clients. She also is active in animal charity and rescue.