How to Get Your Music Featured on Blogs, Part 2: A Checklist of Exactly What to Send Writers 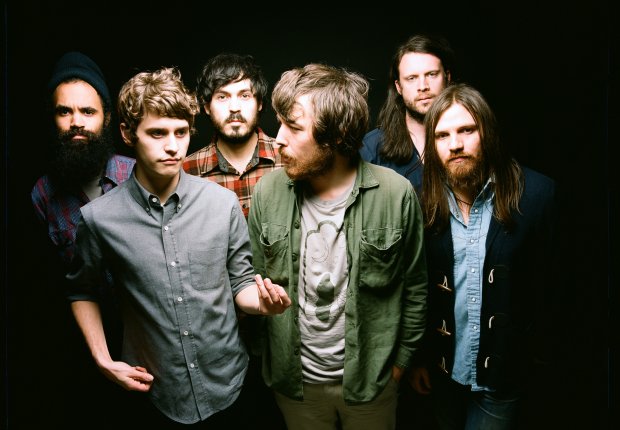 Fleet Foxes made sure journalists knew the story behind Helplessness Blues. (Image via fleetfoxes.com)

If you missed part one of this series, click here to learn the truth about what bloggers are actually looking for, and why pitching Pitchfork might not be the best step right away.

Of course, your completed album is the most valuable thing you have until someone finally writes about it, but let's take a moment to see what kind of assets (pieces of content) you'll need to have for a "traditional" press campaign. Having the following pieces of information available will greatly increase your likelihood of getting coverage. The reason? Simply put, it makes it look like you have your shit together.

As I'm getting ready to start reaching out to bloggers, I make a folder on my computer that has easy access to the following information. This should also be included on the band's website.

The key to scoring coverage: tell a unique story

Bloggers communicate with words and stories. Not only do you have to tell a story with your music, you also need a story for press to write about you. A captivating story of the difficulties encountered with writing your album, personal breakups, or crazy tour stories that influenced a particular song all make for great content. Bloggers need something to write about you, so think about what makes your album recording process different and make sure to tell bloggers about it. A good story and mediocre music makes for a better read than a flawlessly recorded album without any struggle.

Here are a few example "stories" that have accompanied successful album releases.

How should you send your music to writers?

You've got your music out there, but where should you upload your songs for the easiest listening experience?

SoundCloud, Bandcamp, and YouTube are the most popular options, most notably because they have mobile-ready streaming platforms that bloggers and writers can use when they're not at their computers. Also, those three are the easiest media players to embed into a blog post. If you're close to getting coverage, don't blow it by not having your songs already available on a popular streaming platform.

[Did you know you can email your Sonicbids EPK in a professional, seamless package to the press? Click here to learn more!]

Once you've uploaded your music to a streaming platform, you should make full use of the "description" section of the player to make basic information about your band, links to buy songs, and links back to your website immediately available. Take a look at the descriptions of these popular artists' SoundCloud and YouTube page descriptions for an idea of what to include:

Press release, one-sheet, or both?

Your press release or one-sheet isn't a substitute for human interaction. Mass emailing your press release to every industry person whose email address you can get a hold of is a good way to get ignored and blocked. Press releases and one-sheets are good additional items to send over to a person in the press, but should only be an accompaniment to your original email. Press releases are designed to provide more information to the person on the receiving end of your promotional emails, not replace an initial point of contact.

Most folks know what a press release is, but a one-sheet is a term most often found in radio promotion campaigns. It's exactly one piece of paper that has all of the relevant information about a band and their newest release. They're sent with CDs to radio stations so on-air DJs can have something to talk about if they need a few facts about the new album. One sheets include release dates, track listings, mini-biographies of the band, a press photo, notable press quotes about the project, and most importantly, contact information for the publicist, promoter, manager, or band member who can answer any questions about the project. In rare cases, radio DJs or bloggers may need a last-second quote for a story they're running, so having a phone number or email address at the bottom of a one sheet allows them to easily contact the person in charge of the project and get the information they need.

This series has finished! Move on to the next three parts: