How to Produce Music: A Beginner's Guide 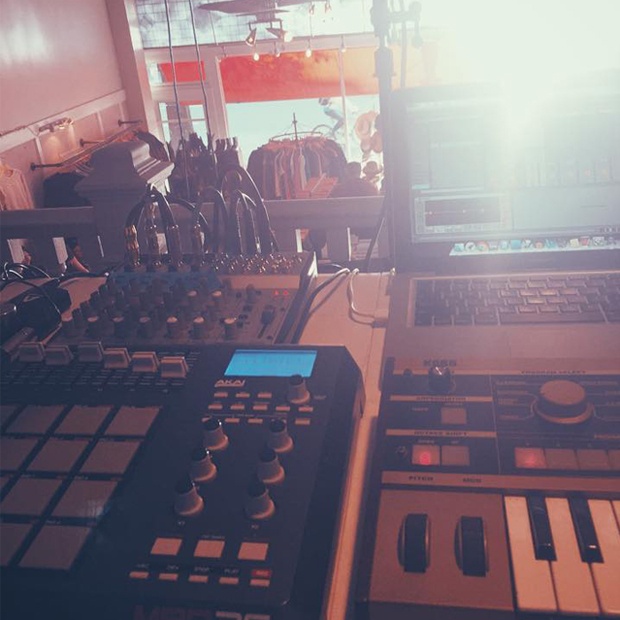 The role of the producer has been evolving for years and years. It used to be the person who booked the studio sessions, hired the musicians, and controlled the direction of the recordings. Today, that role remains for some, but we also look at producers as "the people who make the beats."

Atlanta producer Metro Boomin is just one example of a rising star in the modern world of production. He's produced several number-one records, and he gets full-blown media features just like the vocalists he makes beats for. We even have producers like Deadmau5 and Skrillex who are playing arenas.

So while the traditional producer role is still alive, it's evolving, and musicians are getting more and more adept at learning how to produce their own music.

Now that the role of a producer is changing so quickly, many musicians have been taking production into their own hands. There are a few questions you should ask yourself before diving in, such as, "Do I want full creative control and responsibility? Do I have the time and dedication to master the art of producing?"

[Should You Produce Your Own Beats?]

So, if you've decided this is really something you want to do, there are a few tools you'll need. Obviously a laptop or computer is essential, but beyond that, there are countless programs and tools to get your music sounding sharp and modern.

We've laid out a few options to help you get going on producing your own music, and while they're not the only ways to begin, we trust you'll have a good grasp on the basics of production after reading the following list.

How to approach music production

Before purchasing any gear, let's talk about how to approach production.

Imagine you're at an outdoor restaurant. and not too far away is a rock band performing one of their songs. You're not close enough to hear the concise live sound, but you can make out most of the lyrics, the guitar melodies, and the drum beats. Now, imagine you go into the studio with that band and have to produce the song. Everything is up close, clear, precise, and needs to be properly put together. You know how the song goes already, but now you're faced with the task of producing it.

So, where might you begin? Let's start with the vocal. You have a dry recording of the main vocal, so depending on the mood of the song, you might put some reverb, delay, and compression on the track in order to round it out a bit and give it some atmospheric room to breathe.

[Studio Primer: What All the Common Production Effects Actually Do]

Then there's the guitar. How loud do you want it to be? How aggressive or soft do you want it to strike? You're not writing the song, you're producing it. Maybe you really like the drummer's performance live, but feel like a drum machine will be better suited for the recorded version, so you might take some drum samples or MIDI drum kits and start putting together a beat.

Similarly, the bass player might have killer stage presence, but you might opt to use a synth bass for its different textures and electronic capabilities. Production is your way of deciding how the music sounds.

Again, before purchasing any gear, ask yourself what you like to hear in a producer. Take Nigel Godrich, for example. He's been Radiohead's producer for years. But at one point, the songs we love, like "Karma Police" and "15 Step," were just demos or acoustic guitar sketches. The band put together an arrangement, but Godrich gave depth to the vocals, electronic manipulation to the drums, layering to the guitars, and so much more.

When you listen to your favorite music, imagine having all of the parts laid out without any effects, then compare that to what you're hearing. That's the role of the producer – figure out what you like to hear in production so you know where to begin.

Now, let's get into some gear.

The tools you need

To begin, every music producer needs a DAW. What exactly is a DAW? In short, it's a computer software application for editing, recording, and producing audio. There are also electronic devices and hardware separate from a computer that can be used.

If you just have a smartphone, there are plenty of resourceful apps to help you produce your music. However, we’re going to focus on computer software for now.

If you’ve dabbled in production or hung around any producers, you’ve probably heard of a few popular DAWs, such as Ableton Live, Logic, FL Studio, or Pro Tools. Each provides a unique set of tools for producing. Since these are the most common, we’ll compare them for you, but there are still several other DAWs you might want to consider on your own research.

[Which DAW Should You Choose?]

MIDI keyboard and pad controllers allow you to create freely without the constriction of your laptop and its minimal keyboard. They also can come equipped with mixing tools to help balance out your soundscapes. These are great creative tools that will push your experimentation into exciting musical territories.

Akai is one of the more popular brands that makes MIDI controllers. If you’re a beginner, we recommend starting with the MPK Mini – it gives you just enough room to write catchy synth and bass lines, as well as come up with organic rhythms for your samples and MIDI beats.

A plugin can enhance or add audio-related functionality such as sound synthesis or digital signal processing. Now, before we get too deep into the importance of downloading external plugins, we also have to place value on some of the great native effects that come with the DAWs we mentioned earlier. Whether you’re looking for reverb, delay, compression, or EQ, most DAWs come with their own version of each effect (plus much more).

However, companies like iZotope specialize in creating thrilling plugins to edit your audio. Having a strong arsenal of plugins is like having a large pedalboard for guitarists: more effects equal more experimentation – simple as that! But also, backbone effects like compression or EQ can be hyper-specialized with a powerful plugin, thus giving you the premium tools to make your music production sound professional.

How to get started with your production tools

So you’ve just purchased your first DAW, you’re sitting at your workspace with a cup of coffee, ready to create, and you may be wondering, “Where the hell do I start?” Fear not – there are literally thousands of tutorials on YouTube to help you get started with getting to know your DAW of choice. In addition, programs like Ableton have online forums and communities where you can seek advice from other users and Ableton staff. So be curious and ask questions.

[How to Get Better at Producing Your Own Music]

But most importantly, before you begin, think about what you want to be producing. Is it killer, bass-heavy hip-hop beats? Is it Diplo-inspired EDM? Or is it something softer and more ambient, like Brian Eno? One of the great things about electronic production is that the boundaries of genre are erased – you can create anything! But with such limitless potential, it helps to start with a goal.

Let’s say, for example, you want to make hip-hop beats. Listen carefully to what goes in a hip-hop beat. A few ingredients will usually be piano, 808s, thin hi-hats, and electronic snare drums. From there, open your DAW, load up a MIDI piano, use your MIDI keyboard to write a melody, however simple it may be on the surface.

Then, open a drum rack and get a simple 1-and-2-and-3-and-4 beat going with your 808s on the 1 and your snare on the 2. You can use a sample pad to control the drums with your hands so that the rhythm has a more organic feel.

Then, lay out hi-hats in eighth notes. Use plugins like reverb on the snare, delay on the hi-hats, and EQ on the 808 in order to tame the sub-bass.

There is your basic beginning to a hip-hop beat. You can play with your drum patterns and effects, and essentially go wild! But it helps to start with something simple and recognizable, and from there, your production will flourish and grow.

Production in the 21st century is boundless because of the abundance of creative technology and user-friendly programs. While we will never get tired of piano, guitar, violin, or other non-electronic instruments, we can embrace a modern soundscape where traditional drums can coexist with digital drums, or human vocals can blend with vocoders, or grand pianos can play alongside electronic synths.

And though the limitless potential of production can be intimidating when you're first starting out, don't be afraid to just play around. Even if you don't understand a certain plugin or MIDI instrument, don't feel like you need to sit through an hour-long tutorial before experimenting. Play around and find out what you like as a producer.