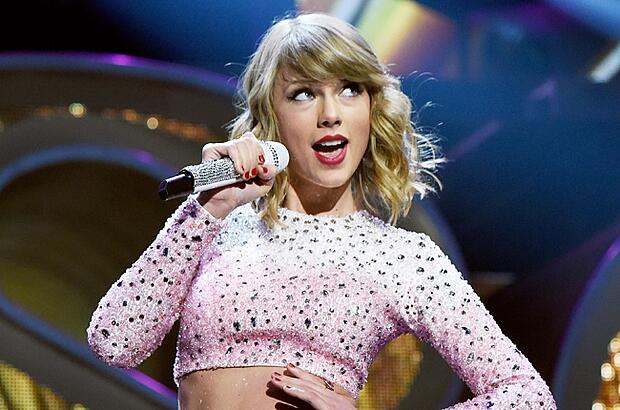 A version of this article originally appeared on the CreativeLive Blog.

Taylor Swift's fifth studio album, 1989, has been out just a few days and is already on track to break several records, in addition to debuting at #1 on the Billboard chart and, in all likelihood, becoming the best-selling record of the year. It's also going to be accompanied by a massive tour that’s expected to sell out around the world – all of which would be huge accomplishments for anyone, but for a 25-year-old who set out on her own at age 14 in the hopes of making it as a modest country musician, they seem especially staggering.

Swift may have been maligned for her confessional lyrics or public persona, but she's also a massively successful musician. And any time something this impressive happens – especially to someone so young, but really, to anyone in a creative profession – it's wise to look not just at the scope of her achievement, but the lessons to be learned from it. In the case of Taylor Swift, those lessons are many, but here are four for starters.

1. It's okay to try something different

Remember when Taylor Swift was a 15-year-old girl with teardrops on her guitar and long curly hair? It's hard to even recall the fact that she started out as a country music star. But it’s true – and it's a testament to the fact that sometimes changing course is the best thing you can do for your career. And if you keep releasing a quality product, your fans will stay with you regardless.

Big Machine Records owner Scott Borchetta assured Rolling Stone in June that the album, though different, would still probably appeal to the country fans Swift had amassed. "Taylor fans are going to love it. Will country stations play a complete pop song just because it's her? No. But when she comes to town, her friends at country radio will come and see her," he explained.

Swift, too, seems sure of the decision, which was a thoughtful one for her – and one rooted in her own artistic desires and her need to try something new. With this album I've completely changed the sound of everything I've done until now. So it's interesting to not be afraid of that," she told Vogue. "You know, I don’t want to hurt people's feelings, I don’t want to betray Nashville, whatever, but essentially it comes down to challenging yourself as an artist."

Taylor Swift first gained respect for being the girl who wrote and played her own songs, but that doesn’t mean that she’s always flying solo. The musician has worked with a truly diverse range of artists during her career, ranging from indie darling Gary Lightbody of Snow Patrol to New Zealand wunderkind Lorde. On 1989, Taylor worked largely with pop music producer Max Martin, as well as guitarist and songwriter Jack Antonoff of Bleachers and Fun – which goes to show that even though you can be self-sufficient, sometimes it's nice to have someone else at work with you.

3. You know what’s best for you

Shortly after 1989 debuted, Swift drew criticism for her decision to remove her music from Spotify, a streaming music service that notoriously provides very little money to artists. The reason? Frankly, she doesn’t need it.

"Swift doesn’t need free promotion," writes Zach O’Malley Greenburg for Forbes. "She can appeal to her 46 million followers on Twitter or her 70 million fans on Facebook. She's a phone call away from any late night talk show or magazine cover she’d like…. She's entering a new phase of her career, finally completing the crossover from country to pop. As she said in a recent interview, 'I'm kind of just doing whatever I feel like.'"

1989 will most likely go platinum, and the tour is going to be extremely lucrative for the young singer/songwriter – which means people are going to support her regardless of her decision to allow a free service to benefit from her. All of the side-eyeing and fan-griping about the decision doesn't really impact Swift's career that much, and she knows it. The lesson here? Your choices might not always be popular, but if they’re right for you, they're the right choice.

In the same vein, Taylor Swift has clearly received oodles of criticism, both in her personal and professional life. But she also knows that that's a facet of life as a successful person.

In an interview with Billboard, she explained her approach to criticism, and how it's changed in the last few years. "Four years ago I put out a song called 'Mean' from the perspective of, 'Why are you picking on me? Why can I never do anything right in your eyes?' It was coming from a semi-defeated place. Fast-forward a few years and 'Shake It Off' is like, 'You know what? If you’re upset and irritated that I’m just being myself, I'm going to be myself more, and I'm having more fun than you, so it doesn’t matter.'"

Or, as she wrote in the song "Ours" from her 2010 album, "People throw rocks at things that shine." Instead of getting bogged down by negativity, do as Swift does: shake it off.

Hanna Brooks Olsen is a writer and editor for CreativeLive, longtime reporter, and the co-founder of Seattlish. Follow her on Twitter @mshannabrooks.