How to Have a Healthy Relationship With Your Music Publicist 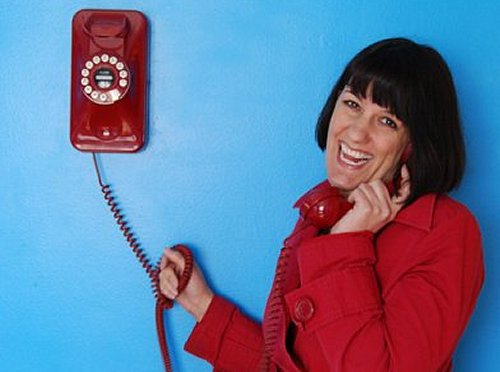 At Green Light Go, we have a lot of bands come to us frustrated with their last publicity experience. Maybe they hired a publicist and heard from him or her inconsistently. Perhaps they didn't receive the results they expected. Sound familiar? There are no guarantees with publicity, but there are a few things you can do establish a healthy relationship with your publicist to increase the chances of stronger results and a great experience.

Before you enter any relationship with a PR company, you should have clear goals of what you hope to achieve throughout the campaign and your career. We always ask before working with any new client what their goals are so we have the opportunity to determine if they're genuinely ready for a campaign, and to also measure expectations before we begin.

Whether you're working with us or any other publicist, you should present your goals and ask if the expectations are realistic. For instance, I have a lot of unknown folk and Americana bands who comes to us wanting Pitchfork, and it's likely it won't happen because Pitchfork is more focused on covering experimental and hip-hop as opposed to bands in a more traditional songwriting style.

Ask for a reporting schedule

There are a lot of unknowns in publicity, and as a result, you'll often wonder what's going on with your campaign. At the very least, your publicist should be sending you a report once per month, while giving you regular updates a minimum of once per week. At the beginning of your campaign, ask what type of reporting they do and ask for specific dates they would send you reports once you’ve begun working together.

Ask for what you want

Instead of asking your publicist, "Have you heard from…?" simply ask directly to have the outlet that's important to you followed up with. Most often, a publicist hasn’t heard from the outlet or he or she would have communicated it back. However, it's completely appropriate to ask to give it another go.

This actually plays into the last point a bit, because although you should ask for what you want, you also need trust the publicist’s experience. If you ask your publicist to follow up and he or she says that particular contact would be turned off by an additional pitch, you have to trust that. It has taken years for me to know how my contacts like to be pitched, what will cause them to shut down, and how I can find a new way in for potential coverage.

The only exception to this rule is if you've hired a publicist who has been doing it less than one or two years; in that case, you'll most likely both be learning this together. If you're working with a veteran publicist, though, that person will have the knowledge of how to run a campaign most effectively through all the experiences along the way.

Be an active participant

A publicity campaign is not your time to sit back and enjoy the ride. You should be actively participating in the campaign by responding to the publicist's requests in a timely manner and bringing new ideas. If you really want to take your campaign to the next level, take the time to follow the outlets on Twitter and read the articles in the places you want to see coverage. I've secured several pieces of coverage from high-profile outlets simply because the band sent me an article that could be a great connection to pitch their project.

Build a relationship with your publicist

Take the time to build a two-way relationship with your publicist. This doesn't mean simply asking for what you want all the time, but giving back in return. A personal relationship adds depth to the campaign because they are also able to get to know who you are and potentially find new angles to pitch you to media.

Don't approach concerns in a passive-aggressive manner, stifling them until you lose control. Express them in the moment so you and your publicist can openly discuss how to address them before it's too late. Publicity is a very time-sensitive business, so if you tell your publicist two months after you've started the campaign you weren't happy with the results of the single or you don't like how you were conveyed in the press materials, there isn't much the publicist can do to backtrack and correct that. If you express your concerns when you have them, most often they can be addressed right away, and your publicist can give you an explanation of why things are going the way they are.

Be respectful of your publicist's time

Publicity is a very fast-paced industry, and publicists are often juggling a lot at once to ensure client coverage. Although it's important to maintain open communication with your publicist, also be careful about sending multiple requests in one day and sending follow-up emails in less than 24 hours. Every reply a publicist sends to you based on your request will be time taken away from actively working your project. This is not to say you shouldn't have consistent communication; just be cognizant of how often you're sending emails. And for the record, it's completely inappropriate to call or send text messages or Facebook messages outside of traditional office hours unless you and your publicist have a pre-arranged agreement to do so.

Publicity can be full of a lot of uncertainty, and there's a lot of trust involved between the two parties. If you look at how you can establish a healthy relationship with your publicist, you'll greatly increase the chances of a positive experience with enhanced results.