2 Genius Ideas for Funding Your Next Tour 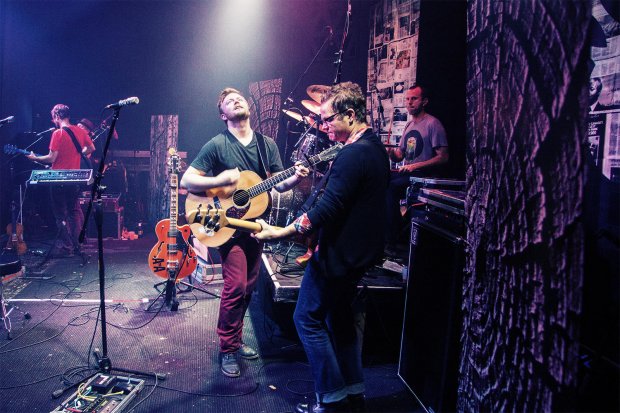 This article originally appeared on the Bandzoogle Blog.

Today, more artists than ever before are making a living by touring. Many small- and mid-sized venues are thriving, and creative acts are finding new and intriguing ways to expand their reach beyond their local scene. Thanks to dozens of new technological tools, bands are finding it increasingly easy to find an audience – but coaxing the necessary dollars out of the wallets of your adoring public is still a challenge, and filling up the tank of your beaten-up tour van isn't getting any cheaper.

How, then, can you maximize your earnings as a musician? Crowdfunding is getting more and more popular, but it's generally only a viable strategy for acts that have already established a loyal and sizable fanbase. Placing a song in a movie trailer or a hit HBO drama is certainly a worthwhile goal, but even with a great publisher, it's a long shot. Of course, you could always do what that know-it-all uncle of yours keeps telling you and "just write a hit song or two," but while you’re waiting for that lightning bolt of brilliant inspiration, you still have to pay the bills.

I've made my living as a touring musician playing original music since the day I graduated high school over a decade ago, and while it hasn’t always been easy (or glamorous), I'd like to share a couple of ways I managed to supplement my traditional touring income without selling my instruments.

More than once, I've managed to pay my rent by offering lessons online. There are a variety of ways to offer lessons, and each has its own pros and cons.

This is probably the easiest method, but it does have some serious limitations. All you need is a webcam, a Skype account, and a PayPal account so your students can pay you.

First of all, it's a one-on-one lesson experience (in most cases), and it's therefore more time-intensive than other methods that allow you to teach groups all at once. The nice thing about private lessons is that you can establish a routine schedule, and you only need to reach a handful of interested fans or friends to make it worthwhile. Be realistic about what you're offering, however. You might think you can give a half-hour bagpipe lesson on Skype from a Motel 6 room at 11:00 p.m., but your neighbors may feel rather strongly otherwise.

This is similar to the DIY Skype route, but with a few added benefits and one major drawback. Once you get vetted as a Helpout provider, you can offer lessons on virtually any subject one-on-one, and pick your own price – either a set rate per lesson or a by-the-minute rate. Lessons are automatically recorded and provided for your pupil at the conclusion of each session, which students really love. It's possible to record a Skype lesson, but you need a lot of extra software and it's a fair bit more work. Google takes care of it all with a click. You can also set your availability on a publicly accessible calendar so that potential students can book a time that works for both of you, which is a great organizational tool. Unfortunately, Google charges a premium for all this convenience: by the time it deducts its "administrative percentage," you may find yourself having to charge more than you're comfortable with in order to make it worth your time.

There are a number of online services that you can use to offer lessons to groups of people, each at their own computers hundreds of miles apart. I used StageIt, a dead-simple streaming video portal that lets you set an admission price per lesson, build a base of followers, and promote upcoming lessons through all your favorite social platforms. I had a lot of success doing hybrid performance/instructional sessions – I'd pick a song for the week, perform it on camera for a couple dozen fans, and then walk them through it slowly. StageIt also allows your students to tip you at any point during the lesson, and there's a "top tippers" leaderboard visible to all, so it's sometimes possible to instill a little friendly competition. At $5 a head (plus tips), you can do quite well giving group lessons this way, although StageIt does take a hefty cut of your profits. This is also much less interactive than the one-on-one lessons I mentioned above; although your students can see you, they don't appear on-camera, and they're only able to communicate with you by typing into a chat window (and it's easy to look away for a second and miss someone's question or comment).

Whichever method you decide to pursue, online lessons can be a great (and relatively low-effort) way to pad your income whether at home or on a day off on the road. And as an added bonus, the interactivity helps to forge solid personal connections with your fans, which in turn can eventually lead to other opportunities (like crowdfunding a project).

2. Take your fans on tour

This one's a fair bit more complicated, but I'm seeing more and more artists pull it off successfully, and if done right, it can be a lot of fun (and even lucrative).

When my band first started trying to play shows overseas, we were constantly confounded by the prohibitive costs of intercontinental touring. Flying six guys and a bunch of gear to Europe was expensive enough before all the airlines started bleeding passengers for baggage fees – not to mention the costs associated with renting vehicles and finding places to sleep at night. Without major festival anchor dates (or a label footing the bill), it was more or less a pipe dream. How could we possibly supplement our tour income enough to tour Europe without re-mortgaging our parents' houses?

We were about to give up when we hit upon the idea that made the whole thing possible: bring our fans along! If we could sell the trip as a vacation to Ireland with the band, and offer to ride on a coach bus, hit the tourist traps, and jam in the hotel bars with our fans, we could at least earn enough extra money to pay for our own plane tickets. We could book our return flights a couple weeks later and use the money we'd earned to buy food, and hopefully limit the number of nights we had to sleep in hostel beds. As an added bonus, booking shows at decent venues (as an unknown band) was much easier once we told promoters we'd be bringing a bunch of thirsty American tourists into their bar on a Wednesday night.

Using this model, we've now done six trips to Ireland and one to Scotland, and we're going back to Ireland this coming April. We've had groups as small as 30 or as big as 200 (five busloads!), and we've always managed to come home with more money than we had when we left. We've partnered with a tour company that handles all the logistics, books all the flights and hotels, and organizes the itinerary, and we split the profits with them. Best of all, we get to explore fascinating places we'd never see otherwise – in Galway, I once had an epic birthday party with 50 fans and got a matching tattoo with one of them. Our bass player Mark even proposed to his now-wife in Galway Cathedral!

Even if you're not looking to jump across the ocean, you can supplement your domestic touring this way. Route a tour to the Southwestern US, plan a stop at the Grand Canyon, and finish up in Vegas – and pay for it by renting a bus and selling your fans tickets on your "lost week" together. You may be surprised at the response you get.

These are only two creative methods for supplementing your income – there are many more avenues out there if you're willing to think outside the box. Never be afraid to try a new idea – and remember that your fans are your greatest resource, so don't hesitate to ask their opinions! Our new album, Penny Black (released November 4 worldwide), was inspired entirely by letters sent to us by fans, and they funded the whole thing through a campaign on PledgeMusic – and a huge number of our Pledge supporters have taken lessons from me online or joined us in a pub in Ireland. Don't be afraid to take the plunge!

Brian Buchanan is a member of the band Jubilee Riots (formerly called Enter The Haggis). Their new album, Penny Black, is available now at www.jubileeriots.com.