4 Types of People Musicians Should Connect With on LinkedIn 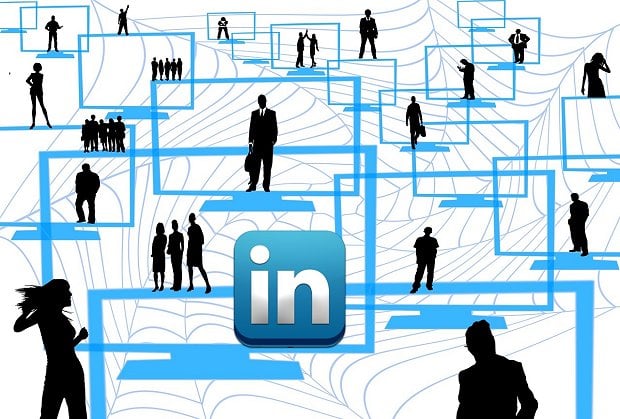 Read parts one and two of our "LinkedIn for Musicians" series to learn how to fill up your profile and take your first steps before continuing to the tips below.

One of the best things about social media is meeting new people. While not every platform is created for that – we all feel a bit uncomfortable when we receive friend requests from people we don’t know on Facebook – there are plenty of sites these days that are made for strangers to connect. Myspace (remember that?) was one example, and Twitter is a more relevant one. LinkedIn is the most professional option, and one where connecting with someone you barely know – or don’t know at all – is almost universally accepted.

So, since most people are okay with that sort of thing on LinkedIn, why not take advantage of it? You may not have an opportunity to meet some people in person just yet, but you can at least reach out to them digitally. Networking is one of the single best things you can do to further your career (whatever that may be), and doing so with the right people can make all the difference. But who should you connect with, and how do you find them? Here are four groups of folks you should add immediately, and where to find them.

Industry-linked conferences can be a great way of simply learning who is in the business you want to be a part of, and where they rank. If somebody is speaking on a panel or is simply attending the event, you may want to do some research and learn more about them.

For example, when I came back from SXSW last year, I spent some time looking through the list of attendees in the back of the official program and adding many new people on LinkedIn, even if I hadn't actually met them. Just so you know, I think only a handful of people didn't accept my request, and I think it's safe to assume that many of those are people who simply don’t check their accounts very often.

How these people were involved in the music world ranged quite a bit, and I didn't discriminate too much when clicking the "+" button. After all, can you really have too many connections?

This one is especially helpful if you're in a band, though it can't really hurt no matter who you are. Forming a relationship with important writers in your field can be a great way to get the message out there about what you're doing.

Sure, bands and companies can hire PR firms and publicists to do this, but when journalists get pitches from friends or acquaintances as opposed to someone they don't know, it means a lot more – which increases the chances of you getting some press out of it.

Think of this as your wish list of people you wish you knew. Don't be afraid to go all out here, because there basically are no consequences. Want to message the CEO of Spotify? Sure, go ahead. Wish you could grab a coffee with an A&R rep at Columbia Records? Give it a try – they might just hear you out!

Even if you request some big shot and that person doesn't accept, so what? As mentioned before, there's little to no thought given to the randomness of requests sent and received on LinkedIn, and I personally have never heard of anyone being upset by such a thing.

Here's a somewhat obvious one, but not everybody does it. This can be everyone from co-workers at your last job to the person who ran the company at your first internship. I've reconnected with old friends and colleagues via LinkedIn, and if nothing else, it's nice to say "hi." Outside of catching up, these people can be very valuable, as they know your work ethic best. Once connected, you can ask them to endorse you for certain skills or even write you a short recommendation – if you ask really nicely.

Like in the real world, those who aren't afraid to go out and meet new people on social media are typically those who succeed, so go for it! You never know who you'll end up meeting and what will come of your newfound friendships.