6 Ways to Reach Your Kickstarter Goal 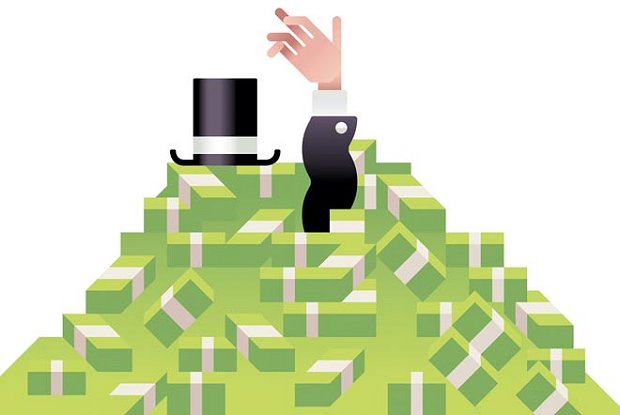 We’ve all heard of Kickstarter and some of the amazing success stories that have come from its fundraising platform – LeVar Burton raising $2 million in two days to bring Reading Rainbow back, for example – but how is it done? There are tens of thousands of projects on the site (which has raised almost $1.4 billion in the few years it’s been around), so if you want to make the money you need for whatever journey you’re about to embark on, you’ve got to make sure you do things right. Here are six tips on managing your Kickstarter in a way that will bring in the most dollars.

If you’re going to go through the trouble of asking people for money and setting up this entire campaign, you should at least make sure it’s worth your time. Before you launch anything, look into what your project is actually going to cost. Don’t guess how much it takes to record, master, and release an album, complete with CD cases, booklets, and a photo shoot – figure it out. Look up the prices for everything you’re going to need and ask for the right amount. If you don’t, your fundraising efforts could actually end up costing you.

I know I just said to ask for everything you need, but don’t be ridiculous. If you’re asking people to help fund your tour, don’t plan on staying at nice hotels and eating out for every meal. If your fans are paying, only ask for what's essential. For the aforementioned tour, figure in things like gas, tolls, and perhaps some of your food and lodging expenses. These programs usually can’t (and aren’t meant to) fund you all the way, but rather help you get where you’re going.

Think long and hard before you set any deadlines on your campaign or what you promise. If you’re recording an album, don’t tell your fans you’ll finish it in a month when we all know it can take much longer than that to create a truly quality product. Also, when it comes to giving away items with donations, make sure you get things out to people quickly, but don’t promise them too much too soon. So, if you get a CD for a $50 donation, don’t promise fans they’ll have it the next day; you’ll spend too much on shipping, and there’s a good chance you won’t make it to the post office that day.It’s better to say that something will take a long time and have it be true than for a reward or product to be late. Building anticipation can be fun, but making people wait for something they were already supposed to have is never great. We all know how bummed out we get when albums get delayed or shows have to be canceled, so try not to make your supporters feel that way.

4. Give them something good

Speaking of gifts, they're one of the big motivators to donate to Kickstarter projects, and you should make sure whatever you offer your fans is cool and original. Gone are the days when you can simply offer signed CDs or tickets to a show, because those aren’t particularly special. Will people still give? Perhaps, but not the way they would if there were something amazing up for grabs.Offer them a chance to hang out on your tour bus for a while, a few drinks at the show, or something personalized. I was recently convinced to buy a second copy of Betty Who’s new album because if you purchased a special edition, your name would end up in the liner notes. I had already bought one copy on iTunes, but when she sweetened the deal by forever memorializing my love for her in the physical edition, I was sold (and so was another copy of the album).

If you’re asking for people’s money, they’re going to need the details. Would you blindly give to someone without knowing what your money was going towards? As mentioned above, you can tell people why you need the money, what you’re trying to create, how long it will take, all the different components (or costs associated with the project), etc. The more people understand, the more they’ll be willing to help you get where you’re trying to go.A video is one of the best ways to explain everything your fans should need to know in an interesting, succinct way. Nobody wants to read a business plan, but a two-minute, well-produced clip works just fine. Looking around on Kickstarter, I found artist Jenna Moynihan’s page, where she’s raising money for her debut album. Her video is informative, fun, shows off her talent, and looks like it was pretty easy to make. It’s simple to do, and can help raise the dough.

These days, everyone is overwhelmed with emails, texts, and messages on any number of social channels, so don’t feel bad if people miss your original plea. While you certainly shouldn’t annoy people with tons of email reminders, sending a few throughout the campaign is perfectly fine. You can also mask your request for money by using it as an opportunity to update people on how the fundraising is going, and any news on your album, tour, or project.
If you haven’t considered it before, you might want to give Kickstarter a try. It can be a great way to raise money, further your career, and develop an even stronger relationship with your fans.