4 Tips for Writing a Killer Band Press Release [With Example] 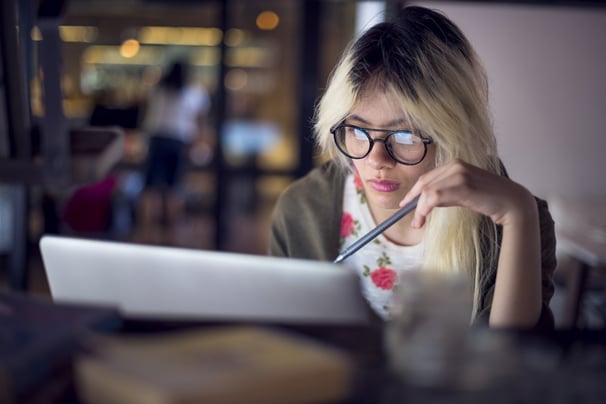 As part of my job as a music journalist, I sift through anywhere from 50 to way-too-many press releases daily, separating the wheat from the chaff and trying to find something that fits into the holy trifecta of interesting, relevant, and newsworthy.
By now, I've seen plenty of good press releases, a few truly great ones, and an ungodly amount of no-good, horrible, downright deplorable excuses for a press release. If you want me or anyone else in the press to give you the time of day, you either need to hire a publicist or master the art of crafting a solid press release yourself.
Here are four rules of thumb to keep in mind when sallying forth into treacherous unknown inboxes.

1. Don't send a press release without a good reason

"Band X is cool!" is rubbish, but, "Band X is hitting the road with Band Z; listen to a new tune from their upcoming Lout Records debut!" is great.
Focus your email around a newsworthy event, like pimping a new album, an upcoming tour announcement, or a new song reveal so writers and editors have a reason to add you to their news section or your gig to their calendars.
Keep it simple and concise, and focus on the who, what, where, when, and why.

Reread each sentence for typos and grammar errors. This should go without saying, but seriously, you should see some of the emails I get.
Did you remember to add links and contact information? If a press release lands in an inbox with no contact info, no one's going to reply. And, while we're at it, always, always, always double-check that you BCC your press blast list.

I don't know who you are, so instead of pumping yourself up with silly hyperbole or bravado, focus on telling me about yourself – honestly.

If you need to attach a photo, make sure it's relevant. A nice hi-res band shot or tour poster is fine – anything else probably isn't.

Here's a nice, basic template to give you an idea of what a proper press release should look like. I'd recommend signing up for a newsletter program like MailChimp for an extra edge. (It's free and allows you to design and track your emails.)

Las Cruces crossover thrashers BAND X are about to hit the road for their first North American tour, alongside death metallers Band 66 from Tempe. They'll kick things off with a record release show for their new album Snake Eyes (out 10/28 on Loretta Records) and spend a solid three weeks on the road promoting the album.

Band X came to life in 2009, drawing from the members' shared love for all things loud, fast, and angry. They've shared stages with the likes of Overkill, Kreator, and Havok, and their debut LP, Snake Eyes, is their most focused and furious material yet!

Please get in touch with Joanna at bandx@gmail.com for guest list, interviews, or promo copies of Snake Eyes.

Get more PR advice for writing press releases and securing coverage for your music:

Kim Kelly is a writer and music journalist based in New York City who writes about music and the culture surrounding it for Pitchfork, Spin, the Village Voice, NPR, Wondering Sound, Decibel, and many more. Find her on Twitter: @grimkim.