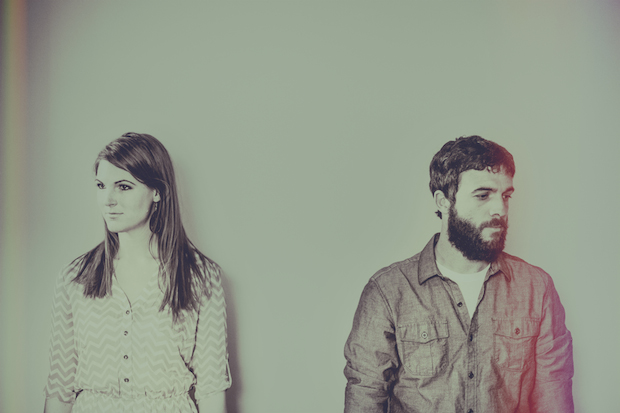 Photo by Nathan Bridges/Beyond The Well

Blending folk and Americana, Stone & Snow draw their inspiration from the western landscape, mainly the snow-capped Rocky Mountains. With an inviting, warm sound, the duo's music is the perfect accompaniment to a rainy day and a great cup of coffee. Made up of singer-songwriters Karen Bridges (vocals, keyboard, guitar) and Clint Thomson (vocals, guitar), Stone & Snow released their first album, These Are The Hills, in June 2014. Recently, Bridges discussed their new album and crowdfunding techniques with us, as well as playing the Taste of Chicago this past summer and how Sonicbids has helped their career so far.

Where does your lyrical inspiration come from?

We live in the Midwest, and sometimes we wish we had a majestic mountain to look at around here – might make the long winters more bearable! Other songs are historical fact woven with fiction. "There's a River Between Us" was inspired by feuding families like the Hatfields and McCoys, the Montagues and Capulets. "Among the Unknown" is a half-fact, half-fiction series of Civil War death letters sent to families of fallen soldiers. Other times, we're just writing as a reaction to what's going on around us personally.


Your debut album, These Are The Hills, was released earlier this year. What were the most memorable songs that you recorded?

We went big on this. We tracked 15 songs thinking we'd cut a few, but we ended up wanting them all there. A couple of our favorites are "Hello," "How I'll Come Undone," and "Standing Still." We worked with producer David Rossi and owe so much of the sound of this album to him and his vision. Honestly, every track was memorable working with David, and we hope to work with him on the next one.

The album was crowdfunded, which is pretty awesome. How did you decide to go that route?

Like a lot of independent bands, we crowdfunded out of necessity. We knew our album was going to cost a lot of money to produce. It made sense logically when we asked ourselves, "Do we want to front the cost personally and pay ourselves back album sale by album sale, year after year, or do we want to pre-sell the album in a way that covers the cost of production, keeping us in the black when it drops and not saddled by any debt?"

In a perfect world, we could have saved up the money over time to pay for the album, but that's not always possible with a relatively new band that's still building a fanbase and might not be playing enough high-paying gigs to pay the bills, much less save for an album. Asking our fans to help fund the record really seemed like the best way to realistically get the music in their hands, and it paid off. We were able to fund the entire album production with additional funds left over to help us promote the finished product.

What was your biggest lesson learned with crowdfunding? Any advice for other indie artists?

Plan, plan, plan – and do your research. There are hidden costs to crowdfunding (credit card fees, shipping and packaging, postage, sales tax, income tax, etc.), and all of that needs to be built into the amount you ask people to donate. Set your total goal to include those things, and don't overwhelm your donors with too many choices. It's going to take a lot of work to make good on the promises that come along with the donations. Artists should take an honest assessment of their abilities. A lot of creative people aren't very good business owners; it's just not in their nature. If organization is not your strength, enlist someone to help.

Why did you decide to start using Sonicbids?

We started using Sonicbids as a way to connect in new markets neighboring our hometown. Just starting out, it's hard to know who to contact and what to say. Sonicbids made those new connections easy.

How has using Sonicbids helped your career so far?

Sonicbids helped us add higher-profile gigs to our resume, such as Taste of Chicago 2014. Being selected as one of the top bands in the Chicagoland area to perform for their country/Americana day has been a highlight of our career so far and will hopefully lead to more festival gigs for 2015.

What was the experience of playing Taste of Chicago 2014 like?

The folks at Taste of Chicago were nothing but professional and friendly in every interaction, both prior to the gig through email communication and on the day of, from soundcheck to the end of our set. We were very impressed with the whole experience. It's been a highlight for us thus far for sure!

Where can fans see you next?

We have quite a few house concerts on the books this fall and winter. House concerts are invite-only events where we play for a small crowd (typically in a living room) and provide a more intimate experience for fans than at other type of public venues. Our website has a detailed guide to house concerts on it for anyone who might be curious or interested in one. We're working up to playing some festivals in the Midwest next summer, and those dates will be announced as they come. To keep up with the latest on Stone & Snow, follow them on Twitter.