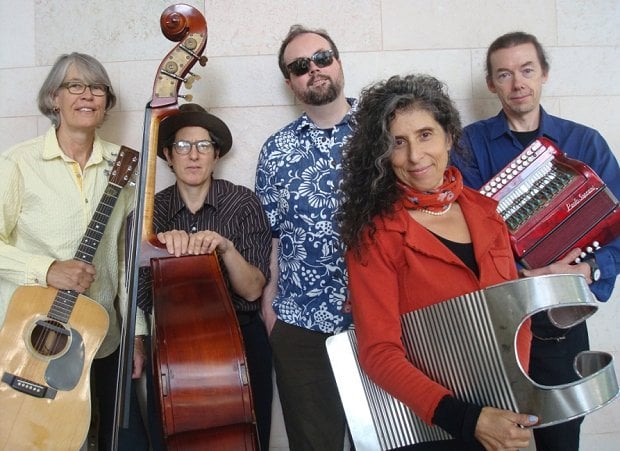 For roots, blues, jazz, and country lovers and musicians, there's no better place to be than Winterfolk. Held annually in Toronto during Feburary, the three-day festival features more than 200 artists. Founder Brian Gladstone is currently booking five Sonicbids artists to play at Winterfolk 2015. Along with what he's looking for from bands, Gladstone let us in on why he started the festival, his favorite Winterfolk memory, and why Sonicbids artists should apply.

Why did you decide to start Winterfolk?

Winterfolk started for the wrong reasons, but survived for all the right reasons. Way back in 2002, I was frustrated that no festivals were interested in hiring me as an artist, and on my 200th rejection, I decided that the only way to play festivals was to make one and hire myself. Of course, I quickly learned that running a festival is not about me, and that it’s about becoming a leader in the music community.

We have survived over the past 13 years because we give back to the art form, and we've grown because our mission is to entertain, educate, enlighten, engage, and encourage our community about various folk music styles including roots, blues, folk, and more.

What sets Winterfolk apart from other music festivals?

Winterfolk fills a seven-month void in the festival season in Canada, as typically most of the other festivals are in the warmer months of the year. As the name suggests, Winterfolk is always in the middle of February in the center of downtown Toronto, totally indoors, and aside from a few paid stages, most of the festival shows are free.

Winterfolk is an all-ages, mid-winter, weatherproof event where you’ll find the best of urban, blues, rock, jazz, country, folk, and roots music emulating a multi-stage, rural summer festival. More than 150 artists will be performing at five venues over three days.

Why should Sonicbids artists apply to play Winterfolk?

Winterfolk provides a unique opportunity for artists; I think very few or no other festivals give back to their artists in the manner that we do.

We work hard to get our artists as much publicity and promotion as possible for the festival. We maintain a PR department, active publicist, and many of our artists get interviews and coverage on radio and TV. We have established a good relationship with dozens of local community and mainstream radio stations, who play tracks from Winterfolk artists prior to the festival.

Winterfolk artists are listed on the festival website, as well as in over 40,000 copies of the festival program, which is distributed as the newspaper centerfold in our region. Press and industry folks are alerted to schedules including your set times and concert stages. We offer artists full access to stage, backstage, hospitality privileges valid for the entire music festival, and passes to attend festival events like private artist parties and information sessions. Winterfolk is a collecting place for booking agents to hire our artists for their summer events, such as Canadian National Exhibition, Harbour Front, and more.

Is there anything specific you're looking for when reviewing submissions?

Some of the best talent we’ve heard from for Winterfolk over the years has come to our attention through submissions from artists we would otherwise not discover. We take lots of time to carefully review every submission to learn about the artists before making decisions.

We expect the music genre to be within loose definition of blues and roots, although if we see talent, we'll hire an artist virtually regardless of genre.

Of course, we listen to the music and read the artist bios, but that’s just the beginning. We always visit the artist’s calendar to ensure they're not already booked on the festival dates, or if they have a show in Australia the day before our festival. Also, we're very interested to see where they played previously. We're more likely to select an artist who is actively touring and gigging and working hard to get their name out there. It’s important to us that we feel an artist has the experience to play the festival audience.

Media reviews, press coverage, and radio play comprise an integral component in our selection process. We like artists who are creating a buzz around themselves by creating headlines, winning song contests, selling out shows, getting various awards, and more.

What success stories have come out of an artist playing Winterfolk?

Winterfolk is a meeting place for artists and music lovers. We constantly see our artists get booked for tours and shows as a result of their Winterfolk performance. More than one of our artists have gone on to tour through the UK and Europe through connections they made at Winterfolk. In our first year, we hired 17-year-old Serena Ryder for her first festival, and of course, she's gone on to international fame stardom.

If you had to choose one favorite moment from the festival over the past 12 years, what would it be?

Apply to play Winterfolk by December 1, 2014 to get a special early pricing discount.