5 Unlikely Connections Every Musician Should Make 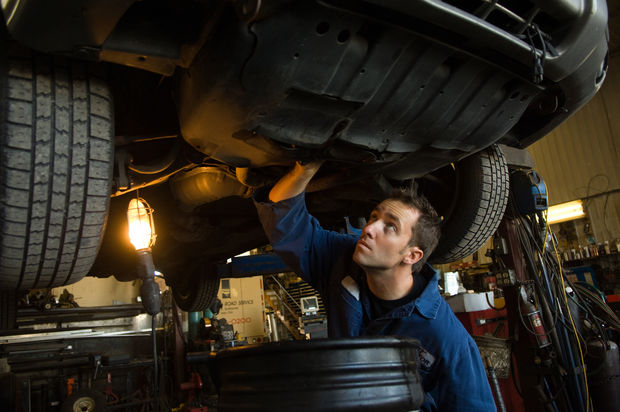 The booking agent, the journalist, and the sound guy are all names that every musician should, and likely already does, have on speed dial. It's pretty much a known fact in the music industry that networking is key. However, we also need to network outside of our industry, because quite often, we end up connecting with folks who boost our career unexpectedly. Here are five unlikely connections that you should add to your network ASAP!

The college scene is a glorious place, not only for its booming and active radio scene, but also for its love and promotion of live music. I was involved in Greek life in college and was actually the president of my fraternity for some time, so I had some say in booking bands. (So powerful, huh?) I have to admit that even though I was working in the music industry at the time, it still felt really cool when a band or booking agent knocked on our door to hand-deliver a press kit, EPK flash drive, or demo. When that happened, we usually listened to it as a group and made a decision very quickly on if we could and wanted to fit them into an event.

Fraternities and sororities have operating budgets for live music, and while a lot of Greek organizations are playing up the EDM scene more and more (good for you, DJs!), there still are a lot that want fun cover bands, original groups, or even chill acoustic acts. There were bands in my college town that would simply play homecoming events, spring parties, and other socials and would come out financially set for the entire spring or fall. Not a bad circuit to tap into.

A group of equal power on college campuses are student government organizations or any other large club or group that puts on events. More and more colleges are doing live concerts that bring in major headlining acts and often seek out regional/local opening performers. I currently operate out of a college town, and we often see college-sponsored performances by folks such as Weezer, Ludacris, Lupe Fiasco, Katy Perry, and many others. Some colleges even make a mini-festival out of the event and have stages for local acts. Tap into it!

Do you have one in your town? You might not know it, but you just might. Arts councils are government-funded entities that exist in cities across the US. These councils are a group working in your city that help preserve art and culture. They often put on weekly or monthly events such as art walks or Sunday in the Park concerts.

Not only do these groups put on concerts (which you can tap into), but many do workshops, too. These workshops may be aimed at helping creatives copyright their work or teaching musicians how to get their music into films. Not only could these events help sharpen your work, but it could also be a great opportunity for you to give a talk! I've even seen artists partner with their arts councils to give guitar lessons to kids or lead songwriting workshops. It's a great way to give back to your community, get booked, and learn a thing or two.

Want that album art designed but don't want to hire an ad agency? Or, on the flipside, don't want to pay Fiverr five bucks and chance getting a less-than-mediocre logo? Look into local student groups! A lot of colleges have design groups in which students are simply looking for work for their portfolios. Yes, you will (sometimes) have to pay them – or at least you should. There are some student-run design firms that may help for free, but hey, help a college student out!

Either way, it's typically more affordable than hiring a freelance or full-time designer. I've tapped into my local university's design group numerous times for album art campaigns or quick social media artwork when my team was overloaded. Always a great outcome!

If you're like me, you only take your car into the shop if something is blinking, rattling, or just not starting. Therefore, having that "go-to guy" isn't really an option, but it should be! Having a good personal relationship with a mechanic is great if you're going on the road before a tour. That way, he can ensure you're all set for travel and can be the point person if you think something is going wrong with your van.

This may not be all that unlikely, but if you're like some of us and up to your knees in 1099-Ks and 1099-MISCs, sometimes a face-to-face meeting is much better than an online provider like TurboTax. Accountants can work with you to ensure you're getting write-offs for things such as travel or music-based purchases that help your career. There's likely a long list of write-offs and tax breaks that you're eligible for without even knowing. So go ahead and find an accountant! Bonus points for ones who have worked with musicians or freelance entertainment folks in the past.