6 Resolutions All Musicians Should Make for 2015 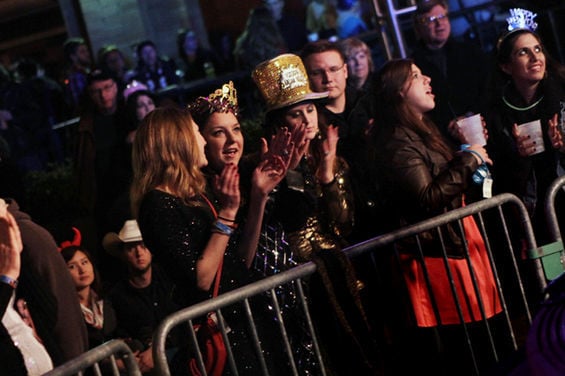 The end of the year is upon us, and that means it's time for resolutions! We've all made the typical resolutions before – get in better shape, stop eating junk food, quit smoking, spend less money – but what about those specific to you as a musician? There are plenty of things you may want to do in 2015, but we'd suggest starting with these six resolutions to really kick your music career into high gear. Don't forget to customize them (e.g. "I'm going to release one new song a month," or "I'm going to attend at least three music conferences by the end of the year") to align them with what you personally want to achieve!

You may be an expert at writing meaningful lyrics or playing guitar, but is that going to be enough to help you make a living in the music world? Plenty of musicians hire people to do the things they aren't good at or that they don’t have time for – publicity, management, booking, legal issues, publishing – but that doesn't mean they have any idea how it works. Some of the most successful (read: richest) performers got there by paying very close attention to their investments, their money, and those they work with. Sure, your main job is to play shows and create music, but that doesn't mean you should have no idea what else is going on. Do your best to understand what these other people in your life do, and why it's important to you. After all, it's your money, so make sure you're spending it wisely.

Don't know where to start? Check out the Music Business 101 section of the Sonicbids blog, and you'll find a ton of great resources and expert industry knowledge!

Depending on who you are, this one may be tough. There are plenty of bands that are always on the grind, but there are also plenty of others that could play live more. Since people rarely purchase music anymore (just suck it up and accept it), you have to find other ways to make a living, and performing live is an obvious one. Don't be afraid to find one-off shows, private events, or even small tours. For example, if you live in New York City, why not go on a quick tour of the Northeast, playing one or two shows per state? Not every tour needs to be a massive, nationwide endeavor. Here's how to book your next DIY tour like a pro.

Nothing bad ever came from meeting new people, so go for it! The more people you meet and the bigger your network, the better. Now, that doesn't mean you need to be crazy aggressive about it – just focus on meeting people and forging connections.

While you're at it, you may want to go out of your way to try to say hello to or meet certain people in the music world. People who book venues, those at labels you like, bloggers, pretty much anyone who works in the music world is a good bet. You can do that in person, or of course, use social media. If you're brand new to the music industry, LinkedIn is actually a great way to start making solid connections. Here are some pointers for who you should be connecting with on LinkedIn.

4. Talk to your fans

This is probably something you're already doing (especially if you're a smaller, more independent artist), but it doesn't hurt to do it even more. No matter who you are or how small your fanbase is (everybody has to start somewhere), reach out to them and say hi! Perhaps set a goal of how many you'd like to email/tweet/reply to on any given day or week. Take note of these three ways to turn your fans into superfans – because the better a relationship you have with them, the more they'll support you when it counts.

Maybe it's time for something drastic. Have you always dreamed about going on tour or recording that album, but never had the money or thought it was too risky? Well, no matter what you think, it likely isn't going to be any easier next year or the one after that, so you might just have to go for it. There is a certain amount of irresponsibility that should be tolerated, and this is a perfect example. If it's your dream, go for it – though maybe don't ruin everything else in the process. It's all about calculated risks.

Unfortunately, people's attention spans have dwindled, and now a song is over and done with almost as soon as it's leaked. While albums are still the standard way of releasing new music, that doesn’t mean you should only be unveiling new tunes every year or so. Try filling in the time between with tracks that didn’t make it onto albums, new recordings, or even new variations. You can give away acoustic or live versions, or even remixes. (For even more ideas, here are 14 ways to make money from a single song!) A steady, semi-constant stream of music is a pretty good strategy, even if it's tough work.

What's your biggest New Year's resolution for 2015? Share it in the comments below!