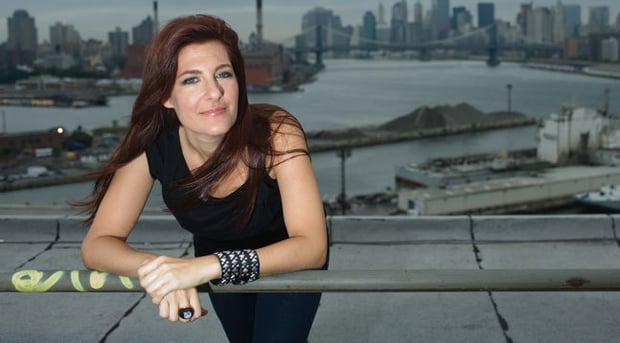 You have your music, your vision, and you're eager to make that first move in the world of PR. But before I jump into what you're here for – the nine critical things you should know about PR – we need to be sure that you're ready to begin such a relationship with the media. It's not a matter of feeling ready, it's a matter of being ready.

Before you even begin thinking about PR, you need to have what I refer to as your social media house in order. This is your foundation. You need to have your presence sufficiently fleshed out on the internet from your website to your blog to your Twitter page. You won't get the results you want from your PR campaign if you don't have a strong internet presence.

With the number of musicians and publicists flooding the inboxes of the media, you can count on the fact that these editors and writers will be checking each submission's social media presence as a means to weed out who not to cover. As always, you want to have the edge. Having a presence doesn't mean having more Facebook likes than everyone else. It means having consistent activity online and engaging with your fans.

Once your social media house is built and stable, you can begin thinking about amassing the publicity you're looking for. Let's get started!

1. What is publicity exactly?

Before we delve into specifics, let's make sure we have the basics covered. Here are some definitions of what publicity is exactly, according to the Merriam-Webster Dictionary:

An act or device designed to attract public interest; specifically: information with news value issued as a means of gaining public attention or support. Also: The dissemination of information or promotional material.

I couldn't have said it better myself. Publicity is precisely all of these things.

A music publicist is hired as a member of your team to represent you to the media. Media is traditionally defined as editors and writers of newspapers, magazines, college journals, and television. Some publicists may also cover radio for interviews or live sessions on tour stops. But if you want to get on the radio charts (like CMJ), you'll need a radio promoter. More and more publicists are covering internet PR, like my company. However, not all traditional publicists do this, so make sure to ask before you hire.

A publicist's job is to liaise with the press. In other words, a publicist establishes working relationships between you and those in the media. You should not expect them to get you a booking agent or gig, a label deal, or any other type of marketing deal. That's what a manager is for. A savvy and well-connected publicist may be able to hook you up with all of the things mentioned above, but it's not in his or her job description.

2. You are the visionary here

Remember, as the artist, you're the buyer, and you're shopping for PR. You're in the driver's seat. It's your money and your music that enables publicists to stay in business. Hiring a publicist is like hiring the next guitar player for your band. You have to choose someone you like, who jibes with your vision and your short-term and long-term goals. Everyone on your team has to be on the same page for you to advance. All too many times, I've heard that a publicist was hired in spite of the artist's personal opinions. You should like your publicist, and they should be the right fit for you.

3. With publicity, you pay for effort – never for results

I've had disgruntled artists call me and say, "I hired a publicist, and I only got six articles. That cost me $1,000 per article!" Unfortunately, this is not how you quantify a PR campaign. How you quantify a PR campaign is by how much buzz (i.e. Facebook activity) and feedback your band is getting during and post-PR campaign. You pay for the amount of time, effort, and consideration the publicist makes on your behalf. Now, of course, you should get some, and even many, results. Getting nothing is totally unacceptable. But you never know when your publicist's efforts will show up, months, and sometimes even years, after your campaign is complete. Not everyone who's going to see your YouTube video is going to view it the day you post it.

4. A PR campaign needs to be planned well in advance

For long-lead press (meaning, for example, magazines with national distribution like Rolling Stone), the editors put their publications to bed three full months before they're published. So if your album is coming out in October, you must have it ready to go, artwork and all, in July. Of course, not every PR campaign focuses on national press, but no publicist will take you on with zero lead time, so you definitely need to prepare lead time for every scenario.

[Ask a Music Journalist: How to Get Maximum Press for Your Band Using Lead Time]

5. The four components of a press kit

In today's digital world, a thorough, one-page press kit consists of four parts: the bio; the photo; the articles, quotes, and album reviews; and the music.

Create a one-page bio that's succinct and intriguing. You have an original story; tell it! I strongly advise hiring a bio writer (this should cost between $200 and $500). If you're not ready to pony up the cash, consider enlisting an outside source to help you. I find that people who are great storytellers make great bio writers. If you'd like to hire one of our trusted and affordable writers to help you craft your story, check out ReviewYou.com for available bio writing services.

Arrange a photo shoot. If you take this seriously, you will benefit tremendously. Create a photo that's clear, well-shot, and attention-grabbing. Showing movement is a plus (sitting on a couch or up against a brick wall has been done too many times before). If you have a friend who knows how to use Photoshop, enlist him or her to help you do some creative and fun editing. Always utilize your resources!

The articles, quotes, and album reviews

Getting that first article written about you can feel daunting. Two great places to start are your local hometown papers (assuming you don't live in NYC or LA), and any music websites or blogs you like. Also don't forget to check for comments on iTunes, Amazon, and CD Baby that you can use!

The way you present the music, like the press kit, must be well thought out. Don't bother sending out copies of your CD via snail mail – instead, send a link to Bandcamp or SoundCloud with professional artwork and proper tagging so the writer can access your tracks easily.

6. Publicity is a marathon, not a sprint

PR is very different in nature from a radio campaign that has a specific ad date and a chart that you're paying to try to get listed on. There's no Top 40 publicity chart. With the number of albums coming out into the marketplace (approximately 1,000 per week), it could take months longer than your publicity campaign runs to see results.

I would argue that online PR is more important, because today's newspaper is tomorrow's recycling (and that's if you even get today's newspaper). Most articles you find in printed newspapers and magazines are just as easily accessible online. Online publicity goes up fast, and it can be around for months and sometimes years. The internet also provides a platform for you to discuss articles in a public arena (i.e., comment sections, Twitter). More people rely on the internet as their main source for news, so internet placements are absolutely wonderful and totally legit, and they can help your Google rankings as well.

8. Publicity does not sell music

If you're hiring a publicist to see a spike in your record sales, I have news for you: there is absolutely no correlation between getting great PR and selling music.

PR is designed to raise awareness of you in the press, to help build and share a story, as well as build up critical acclaim. Of course, a great article can lead to sales, but overall, if selling albums is your goal, PR is not the only thing you'll need. To sell albums, you'll also need to build a loyal fanbase and take care of fans with sweet offers.

[Here's What Most Musicians Don't Understand About Selling Music]

9. All publicity is good publicity

I know we've all heard the phrase, "All publicity is good publicity," but it's beneficial to truly understand this. If one of your goals for PR is to get your name out there (and this should be a goal), the truth is that the average person remembers very little of what he or she reads. People only retain a tiny percentage of what they read. Readers and internet scrollers are not going to remember a lukewarm or mediocre review of your album. I mean, when was the last time you remembered the band that was the subject of a tepid review?

And never, ever take your own PR seriously. As they say, “Don’t read your press; weigh it.”

Ariel Hyatt has been a fierce entrepreneur for 18 years and runs Cyber PR, a dynamic social media and content strategy company based in New York City. Her agency places clients on blogs and podcasts, establishes their online brands, and coaches them to create authentic relationships. She has spoken in 12 countries and is the author of four books on social media for artists, two of of which have hit number one on Amazon.