10 Tips for Designing Album Art in the Digital Age 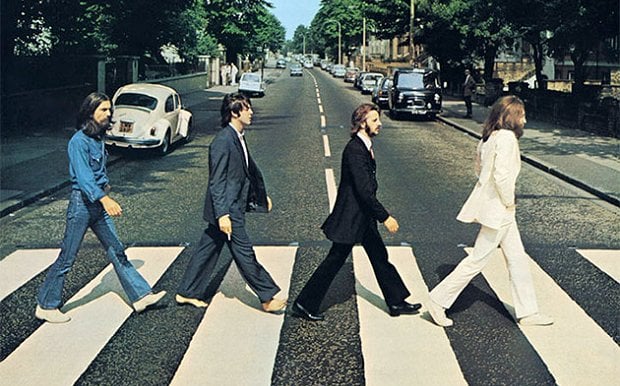 This article originally appeared on The DIY Musician.

An album represents a chapter in your creative life. You put lots of emotion, time, energy, and money into the recording, mixing, and mastering process, and now it’s time to package that music up (as an LP, CD, download, stream, etc.) and deliver it to the world. Here’s the thing, though: most independent artists can only afford to have one set of designs for their album packaging and cover art. For most listeners, a single square-ish image will forever represent the collection of songs that comprise your album. So you’ve got to communicate an awful lot with that album art.

That being said, the things you need to communicate (and the ways you communicate them through design) are constantly changing. Album art design is a very different animal in the digital age than it was when most music came packaged in nice, big LP jacket. To help you create album art that connects with your audience, here are 10 ways to make your next album design your best ever.

1. Don’t print lyrics unless you have sufficient space

Are you thinking of cramming the lyrics to 12 songs onto a four-panel digipack? Where are you going to put the album credits, copyright info, and crowdfunding thank-yous? Who’s going to be able to read that tiny font anyway? Lyrics in the album packaging are great – if you can read them. So if a six-page booklet insert or a giant foldout for your LP edition aren't realities, use the internet as a way to augment your album art and avoid clutter. Post your lyrics on your website in a dedicated section that shares design elements with your album. Then, print the URL to your website's lyrics section on your album packaging.

Remember when everyone put their MySpace addresses in their album art? How 2005! Social media sites come and go. Even Facebook may soon be yesterday's news. So, consider not putting your social media URLs in your album art. It'll date you. Instead, you absolutely should put your own website's URL in the album art. That will never go out of style; your web address is eternal.

3. Envision your album cover as a thumbnail

The majority of people who encounter your album will do so online. They’ll see a smaller version on digital music platforms like iTunes, Spotify, and Amazon, or on review sites and blogs. Often it will appear as small as a thumbnail. Before you commit to an album cover design, shrink it way down. Does it still capture your attention? If so, you’ve got a winner. If not, try a different approach for your album cover.

4. You might not need your artist name or album title on the cover

Conversely, because most people will see the album online (where retail stores, blogs, and review sites will display your artist name and album title next to the cover), it's less important that your band name and album title appear in bold on the cover art – though that approach worked wonders for The Black Keys. In fact, you might not need them there at all, especially if your CD or vinyl package comes with a sticker on the shrinkwrap that does have your artist and album name. You can let the internet (and that sticker on the packaging) do the magic of conveying the facts, and then use that extra visual space for some great design.

5. A digital download is a must with vinyl releases

Fans of the vinyl format have come to expect a free digital download with every vinyl album purchase. If you're the artist, why wouldn’t you include a free download? The person has already bought your music – and on vinyl, which is generally more expensive than a CD. So be cool – print download cards and include them in your vinyl package.

6. Get your fans to interact with you online

Putting your website address in your CD booklet is fine (and you totally should do that, of course), but if you can offer a little something extra, you'll increase the chances that someone who bought your album will go online and check out your site. Make sure the text in your album art mentions that visitors to your website will get access to an exclusive download, essay, PDF, etc. – in exchange for an email address.

We don’t really have any hard data to back up this claim (though it'd be interesting to look into), but for many of us at CD Baby who see hundreds of new album submissions every day, it seems like album covers that feature actual human faces draw more attention to themselves than ones that have... something else. Maybe it's just that feeling of personal connection which comes from seeing someone's eyes, or that you can get an instantaneous sense of the artist's musical style and aesthetic based on his or her fashion, posture, the setting of the photo, etc. But something about those covers (when done well) seem more immediate and engaging.

8. If you’re not going to feature a human face, make sure your design is striking and original

Your album design shouldn't just look cool. It should convey something about your musical style and even your personal beliefs. For a great example of a record that breaks the rules and sends a message with its album art, check out Aphex Twin’s Syro, where the cover shows an itemized list of every expense that went into creating and marketing the record (instrument costs, promotional meet-and-greets, advertising, etc.).

This is probably related to number three and number four above, but the starker the image, the more it seems to capture our attention. Maybe the modern sensibility is, "Things'll get shrunk, so things should stay simple." After all, it'd be really difficult to make out all the faces on the cover of Sgt. Pepper’s when reduced to a thumbnail. A NYT article from a few years back talks about this album art phenomenon in more detail.

10. Print your artist and album name clearly on the spine

Imagine your CD is sitting on the shelves of a radio station library. Can you find the disc among all those other albums? Many DJs are still heavily reliant on CDs, and they need to be able to pull your disc off the shelves quickly. It's for this very reason that many stations don’t even accept albums sent to them in thin sleeve packaging. So if you’re serious about a radio promotion campaign, you should consider packaging your CDs in digipacks or jewel cases, and then be sure that the writing on the spine is big, bold, and highly legible.

As my friend Brad pointed out to me, the folks who never really cared about album art care even less these days. But for the album art aficionados, the people who've always felt that design was an integral part of an album's appeal, they care even more. Now that professional-looking album art is highly affordable and accessible, it's actually a great time to go crazy with your cover art and packaging. Many people regard album design as a lost art (or at least it's becoming a lost art), so if you make something really eye-catching, it can be a very powerful way to connect with fans.

What do you think makes a great album cover these days? What are some common album art mistakes? Let us know in the comments below.

Chris Robley is a poet, songwriter, and music producer who recently moved to  Portland, Maine after more than a decade in Portland, Oregon. Generally, he plays music on the West Coast and writes poems on the East — though sometimes that gets mixed up. His music has been praised by NPR, the LA Times, the Boston Globe, and others. Skyscraper magazine said he is "one of the best short-story musicians to come along in quite some time."