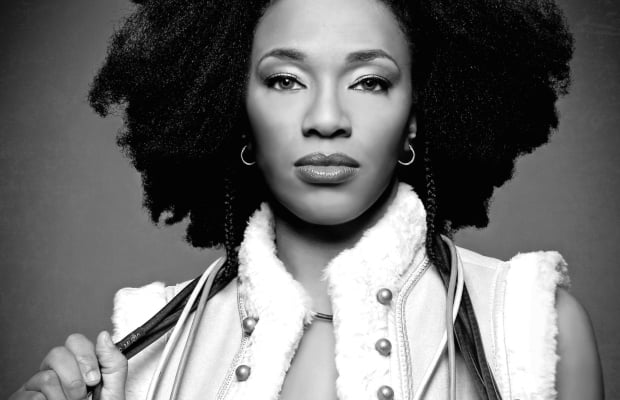 I cannot tell you how happy I am that the conversation about Taylor Swift and Spotify is happening. Maybe people will start listening to what independent artists like me and my peers have been saying for years now.

A little background for those who don't know me: I've been an indie musician by choice for 22 years. In 1999, I was chosen to perform at Lilith Fair and quit my day job the following Monday. I attracted several major labels, but ultimately, I walked away because I felt the industry was not going to be supportive of me; the business model was almost laughable for a new artist with little leverage. An insidious law called the Work For Hire Copyright Law had been passed that year, which prevented copyright ownership from reverting back to artists and remained with record labels in perpetuity. Like, that means forever. Luckily, Sheryl Crow and other musicians went to Capitol Hill and had it repealed, but by then, I was determined not to be become a cog and had committed to my full-time life as an artist.

Fast-forward to 2008 when everything was crashing. I don't think people think of artists being affected in a failing economy, but we were. Gas prices were sky high, as were flights, so expenses went up and venues started paying less because fewer fans were able to come out to the shows (because they were broke, too). And, for the first time in all my touring history, my American dollars lost value going into Canada. It was sobering to say the least.

In the years preceding this, I saw a slow but very deliberate decline in my music sales, which was more than just supplemental income – it was nearly half of my income. So, I stopped touring full-time to assess the situation and come up with solutions. The only solution I found that allowed me to stay true to who I am an artist was to stay put, which brings me to today.

The cost of doing business

Like clockwork, once or twice a week since I stopped touring full time in 2008, I get asked when I'm coming back to XYZ. And, like a broken record once or twice a week, I've had to say I can’t afford it. I've had to explain that not only have physical CD sales been down, but also the digital money I used to get from legal downloads has all but disappeared. Instead of getting weekly payments ranging between $200-$750 from my distributor, I started getting an average of $11.36, once a month from all streaming services combined. Yes, $11.36 a month is what I get from all of them. That is not a sustainable business model for a truly independent artist.

While carefully building and maintaining a social media connection with my fanbase and doing mostly one-offs in some of my bigger markets, I decided to do a full, regional tour in 2012. And, while I'm grateful to the people who came, I had miserable turnouts at most of the shows. In Buffalo, where the temperature dropped to 30 degrees that night, I cleared $14 once the door was split with the venue. In Philadelphia, where I started my career, I lost upwards of $1,500 to $2,000 on one show because only 12 people showed up. It was the night of the presidential debates, something I couldn't have known when I booked the show months before. But I still had to pay the venue, the door and sound person, my band, hotel rooms for three nights so we wouldn’t have to stay in NYC, the band's flights (along with baggage handling fees for my cellist's cello), my rental car, gas, and food for myself and the band (breakfast, lunch, and dinner). Same with D.C., where the venue wouldn't even allow me to officially charge a door fee, and where some people (my fans included) opted not to pay one even as a requested donation.

This is my reality and the reality of the many artists you care about.

I'm sorry if you think so, but music is not free. It costs money to make, and it costs money to support via touring. It's a life cycle. This life cycle is how I used to get my CDs out and how I used to see my fans two to three times a year in some places. It worked like this: Fans would come to my shows, they and their friends would buy my CDs, and then I made another CD and went on another tour and so forth.

All the money I made went to bills, touring, promotion, and creating new music – so I had to keep my overhead low. No new cars (I had and still have my '78 Volvo that I bought for $600 in 1996), no new shoes or clothes, and I lived in a small 425-square-foot apartment for 12 years. 12 years. That's how I did it. It's not a sob story. It's not a mystery or a marketing ploy. I am a working-class artist. There is no rich-uncle-wizard-behind-the-curtain type situation here. This is how it goes when you make tough decisions to be true to your life and your life's work. I have no regrets.

So, where does Taylor Swift fit in?

I'm seeing a lot of chatter about Taylor Swift and her supposed "greed."  If you're saying it, you're probably saying it because Swift is already incredibly wealthy. But what about artists who aren't? If you or your friends are indeed one of those people, I challenge you and them to go to work for a year, bust your butt, do a good job (maybe even a great job), and then accept half of a year's pay (or less) from your boss. I further challenge you to pay your bills and your other financial commitments from that pay all while keeping your enthusiasm for your job – which is kind of essential for you to even do your job.

As indie artists, for all intents and purposes, our fans control our careers – the ebb and flow, trajectory, and course. For example, if I hadn't raised enough via Kickstarter to do my last project, a tribute CD to folk legend Odetta, there wouldn't have been a new CD at all. Period. No new CD in eight years, even though I was able to release six projects on my own before that and have enough music for several full-length albums right now.

What to do in lieu of touring

I haven't been back on the road since 2012 because I assume my fans don't want to see me or can't afford to see me in New York, Philadelphia, Washington, D.C., Buffalo, and Charlotte. Because of that, I can't take a financial chance on Chicago, Seattle, Portland, Boston, San Francisco, Los Angeles, Austin, and the like. And just forget Canada, France, Sweden, Japan, or Australia altogether. I've remedied this by doing online shows on a platform called StageIt, and this has allowed fans as far away as Vancouver, Taiwan, Germany, and Boise to see me play. It works, but it isn't ideal.

I've got a job, thank you very much

The point is, we haven't just "given up." It's not that we don't want to do it anymore. It is, painfully and honestly, simple math that mostly prevents me and others like me from doing what we do.

And before we get flooded with snarky retorts like "get a job," I'll say this: First, I have a job, one that I'm fairly good at, and one that I've had for 22 years (or over half my life). And second, what if Bob Marley or Bob Dylan, Kurt Cobain or Joni Mitchell, Mozart, Frank Zappa, Joan Jett, Diana Ross, Prince, or Aretha Franklin had actually listened when someone (undoubtedly and repeatedly) said to them, "Get a job"?

What happens to that special song for the first dance at your wedding, the one that made you realize you loved her? Or the song you hum to your baby because it's the only one that makes him less fussy? What would you be distracted by in an elevator ride with your creepy co-worker? And how, pray tell, would you know when Jaws or Jason or Darth Vader is coming, so you can yell your futile warnings at the screen?
Okay, granted, those last few examples sound frivolous, but they're serious considerations to make when you consider how music plays an integral and inseparable role in your life, from the mundane to the momentous. That's something to protect. That's something to respect.

How consumers can help reverse the course

As a consumer and a fan, you're at the top of this food chain, not the bottom. You're not subject to the whims of popular culture – you are the arbiter of it. If you want to see less "fluff" in the music industry, if you want to see your artists remain authentic, creative, and prolific beings and, if you want them to come back to your hometowns:

Digital, hard copy – doesn’t matter, just pay for it. If you can pay $4 for a coffee, you can pay $9.99 for something meaningful that you’ll enjoy forever.

Many only pay us $.0006 per listen, so if you don't already own our music either via a legal download or a hard copy – stop. Educate yourself. If you think the profits that oil companies make are obscene, I urge you to do some digging about what some of these streaming companies are really about. Spotify claims to have paid Taylor Swift over $2 million in streaming royalties. Her label says that's not even close to the truth.

3. Set your DVRs on your favorite show nights and go to our concerts

If I had a dime for every time a person told me they weren't able to make my show because it was the finale of Dancing With the Stars or The Voice, I wouldn't be writing this post. I'd be sitting in a bungalow in Costa Rica sipping something fruity and delicious.

Simple solutions sometimes require difficult choices. Oh, and this goes for independent movies, books, indie/feminist bookstores, small venues, and small businesses, too. Just know this: You have the power to change the cultural landscape around you. Use that power wisely.

Have something to add? Leave your thoughts in the comments below.

Doria Roberts has been a full-time independent musician since 1993. In her spare time, she runs, owns, and bakes sweet things for a bodega and deli in her adopted hometown of Atlanta, while simultaneously trying to teach her dog Piper how not to eat holes in her freshly painted walls. Her Odetta tribute, Blackeyed Susans, is scheduled for re-release in August 2015. Follow her on Twitter @doriaroberts.